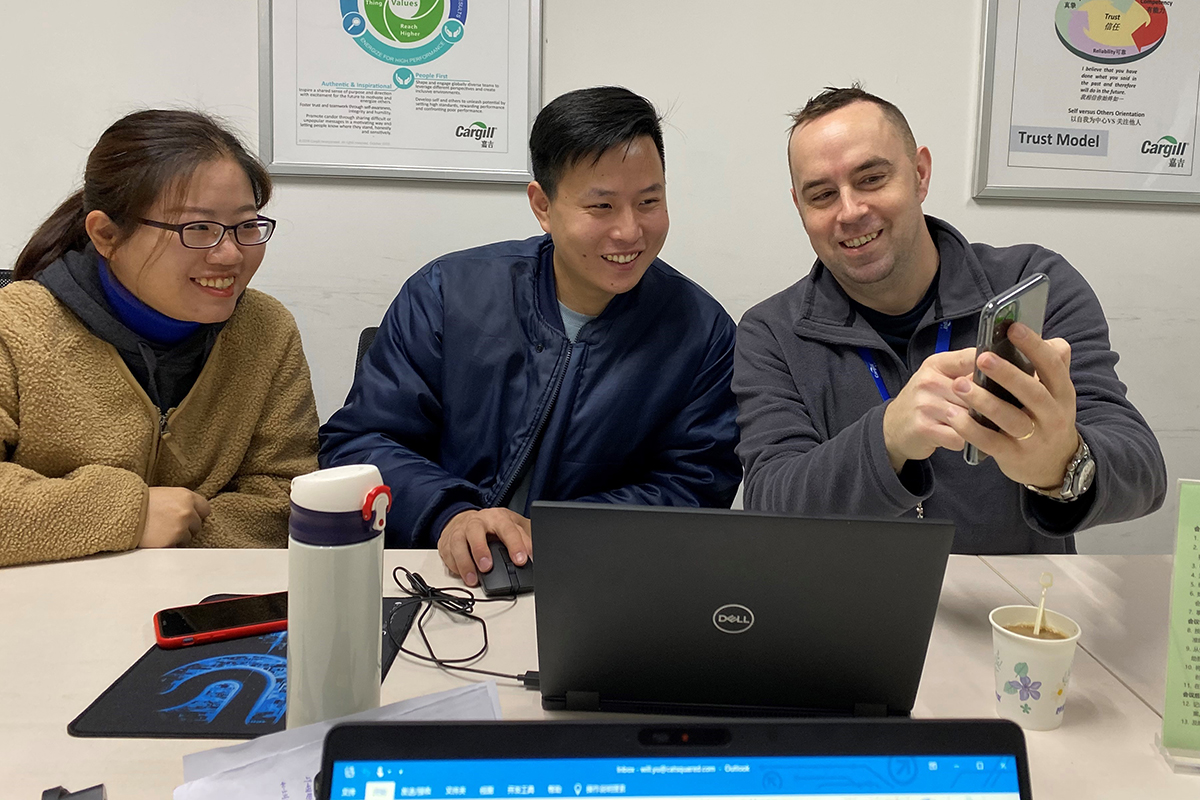 The origin story of CAT Squared, founded in 1995, goes like this: “We started the business focused on automation, specializing in food, pharmaceuticals and breweries. We figured everyone has to eat, everyone gets sick, and you have to have a beer at the end of the day.”

Those are the words of Stefan Schoeman, now retired. He founded the company with fellow South African Vernon Smith, CAT Squared’s CEO, and the late Mike Sardinha.

The company produces software used to automate processes in the food manufacturing industry and consults with companies to help them continuously improve their operations. Its market is industrial-scale food processors, primarily in the meat and poultry industries. CAT Squared’s customers span six continents, the company notes, and include Cargill, Butterball and George’s Inc. of Springdale.

Although founded in South Africa, CAT Squared’s executives realized early that the company needed to develop an international market to grow. In 1996, the company moved to Mena, largely because of the local poultry industry, and moved to Conway in 2000. It also has a Latin American office in Celaya, Mexico.

CAT Squared now has 41 employees and describes its biggest challenges as managing its growth and developing talent.

In 2016, the company received the Arkansas Governor’s Award for Excellence in Global Trade. The pandemic has been a challenge primarily because CAT Squared does business around the globe, with its core group of experts spending 70% to 90% of their time traveling. “Slowly, we are building our global network to take some of the load off our core U.S. team,” the company said.