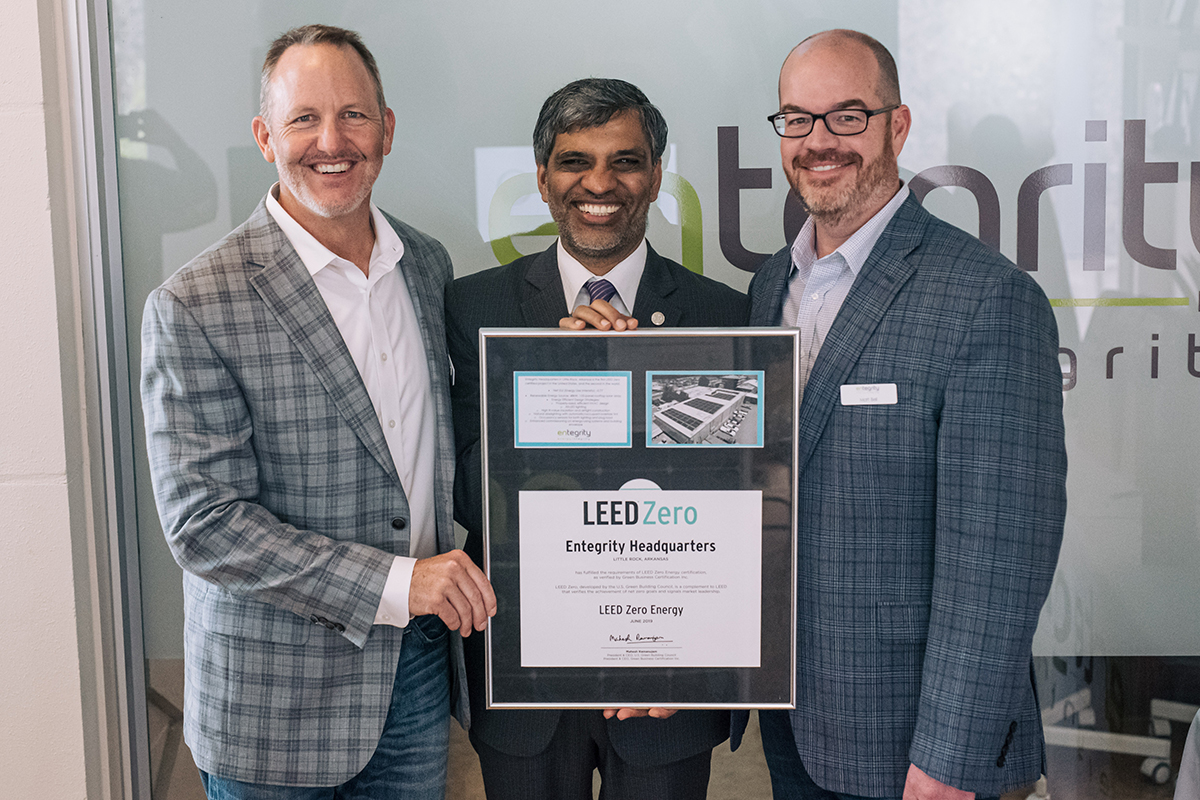 Matt Bell is hoping the third time is charmed.

“This is our third year to be nominated as Arkansas Business of the Year, and it is an incredible honor to be a finalist in a state with so many reputable companies,” said Bell, a partner in the Little Rock energy services firm.

The 99-employee company lives its creed, working out of a fully self-powered building at 1403 E. Sixth St. that was honored in 2019 as project of the year by the U.S. Green Building Council. The historic 13,000-SF 1959 Darragh Co. building, after a $500,000 upgrade, was only the second building worldwide to attain the USGBC’s top energy-efficiency rating, a LEED Zero certification.

That honor, as well as plaudits like an Arkansas Advanced Energy Business Innovation award and four years on the Arkansas’ Best Places to Work list, persuade Bell “that we’re a leader in our industry and, you know, a good, socially responsible business.”

Partner Chris Ladner started the company as Viridian in 2007 and was joined by Bell in 2008, and growth has been “exponential,” particularly since Entegrity added solar contracting to its energy savings, modeling and consulting, and efficiency lighting offerings. During the past three years, average annual growth has been 54%, the company said, with yearly sales above $10 million.

“We work only in the commercial and industrial building market, to help facility owners and stakeholders create better buildings for a better world.”

“The world of energy and sustainability is becoming digital, decarbonized and decentralized,” Bell said, adding that Entegrity is part of this great transformation, “installing solar arrays, batteries and energy-efficient equipment.” But Bell warns that even when new technologies are superior, “incumbents in the world of energy” use their political clout to resist change. “Unfortunately, this means we have to devote significant time and capital to the policymaking process.”