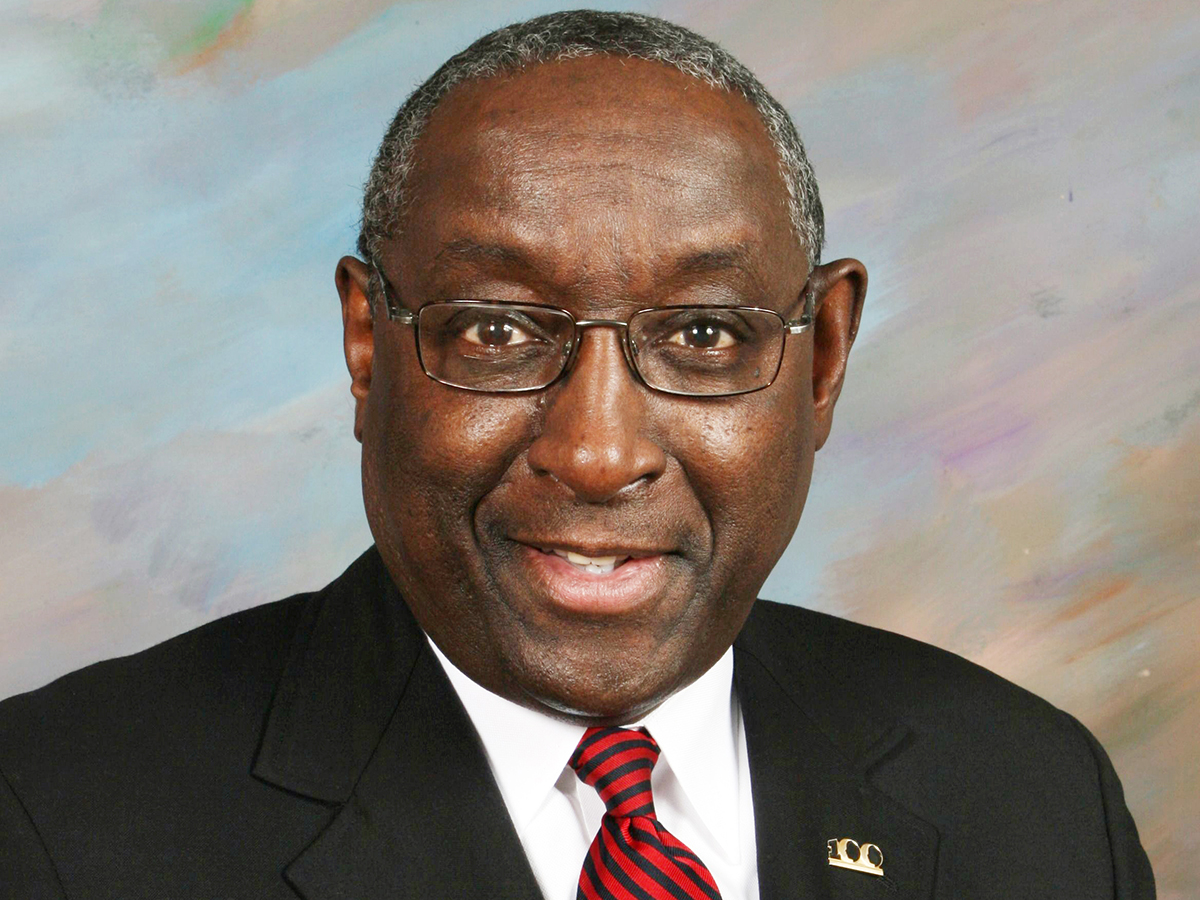 Sherman Tate was born in 1945 in Marvell, a Phillips County town of about 1,000 residents. His father, Rufus Tate, was a cotton farmer who enlisted the boy nicknamed Skeeter for weeding and chopping by the time he was 6.

His mother, meanwhile, poured herself into preparing her only child to take advantage of future opportunities. Annie Tate taught him to read from newspapers and magazines, and he had memorized multiplication tables before he started first grade. Unlike the other children, who were allowed to read their lines in church holiday programs, Tate was required to memorize his part. His mother drilled him on posture and eye contact. “There was no question about studying hard and making good grades, because ‘You’re going to college, boy.’”

Tate graduated from Marvell’s all-Black high school in 1963, two years before the public schools there were integrated. He had a hankering to enroll in the historically Black college at Nashville now called Tennessee State University, but his mother told him he was going to Philander Smith College in Little Rock. And so he did.

His tuition was covered, half by an academic scholarship and half by an athletic scholarship. But he had a falling-out with a coach and lost the athletic half. At the suggestion of a friend, he offered himself as a bellhop at the fashionable Hotel Sam Peck — which was less than a mile from the campus, a trip not yet impeded by the construction of Interstate 630 — and was hired on the spot by Henrietta Peck.

He earned so much in tips, Tate remembered, that he could cover his tuition and have money left over. (And since the statute of limitation has long since expired, he admits to selling liquor to guests on Sundays when the hotel bar was closed.) “My whole experience was very positive. And my parents never knew that I lost that scholarship.”

They did, however, learn that a poorly timed decision to take a semester off meant he lost his college deferment and was drafted. In 1967, Infantryman Tate was ordered to Vietnam. He was near the Laotian border during the 1968 Tet Offensive, and he prayed that he would live to return to Marvell.

“I was not afraid anymore. In my mind, I knew I was going to come back home.” And he did — “Never got a scratch.” He continued his military service with the Arkansas National Guard, retiring as a colonel after 28 years.

After his delayed graduation from Philander Smith in 1970, Tate took his psychology degree and hired on with General Behavioral Systems, a California company that had a contract with the city of Little Rock. He taught remedial classes to city employees for a year, then moved into state government as an analyst in the Personnel Department. That position required the 27-year-old to make presentations about salaries and benefits to legislative committees, and his mother’s elocution lessons must have helped.

“You never know who’s paying attention to you,” Tate says. He was soon recruited to become the Legislative Council’s first personnel director — and its first Black employee. In 1975 he was recruited to develop a personnel department for nonacademic employees at the University of Arkansas at Little Rock, and in 1977 Gov. David Pryor hired him to head the State Office of Personnel Management. That was another first for a person of color.

In 1980, Tate entered the private sector. Arkla Gas Co. was beset by litigation over discriminatory hiring practices, and CEO Sheffield Nelson “made me an offer that had my full attention,” Tate said. Arkla’s first Black management-level employee was hired to tell white managers what they had to do to get the company out of court. Two years later he was promoted to vice president for consumer relations and community affairs; by 1991, he was vice president of distribution operations in Arkansas, with responsibility for 36 offices and 1,100 employees.

After Arkla was sold, Tate continued his corporate career with Alltel Corp., running the wireless operation in Arkansas and then adding local wireline telephone operations to his duties. He remained with Alltel for two years after it was acquired by Verizon in 2009, then founded a consulting firm, Tate & Associates Management.

Along the way, he has partnered in car dealerships with Mack McLarty and Frank Fletcher, and he has participated in the civic life of Arkansas as a board member or adviser for a score of organizations, including the Little Rock Regional Chamber, the Pulaski County Facilities Board, Southern Bancorp, Arkansas Blue Cross & Blue Shield, the Quapaw Council of the Boy Scouts of America and the University of Arkansas’ Walton College of Business.

He is married to Marylene Williams Tate and has one daughter, Amber Nicole Tate.