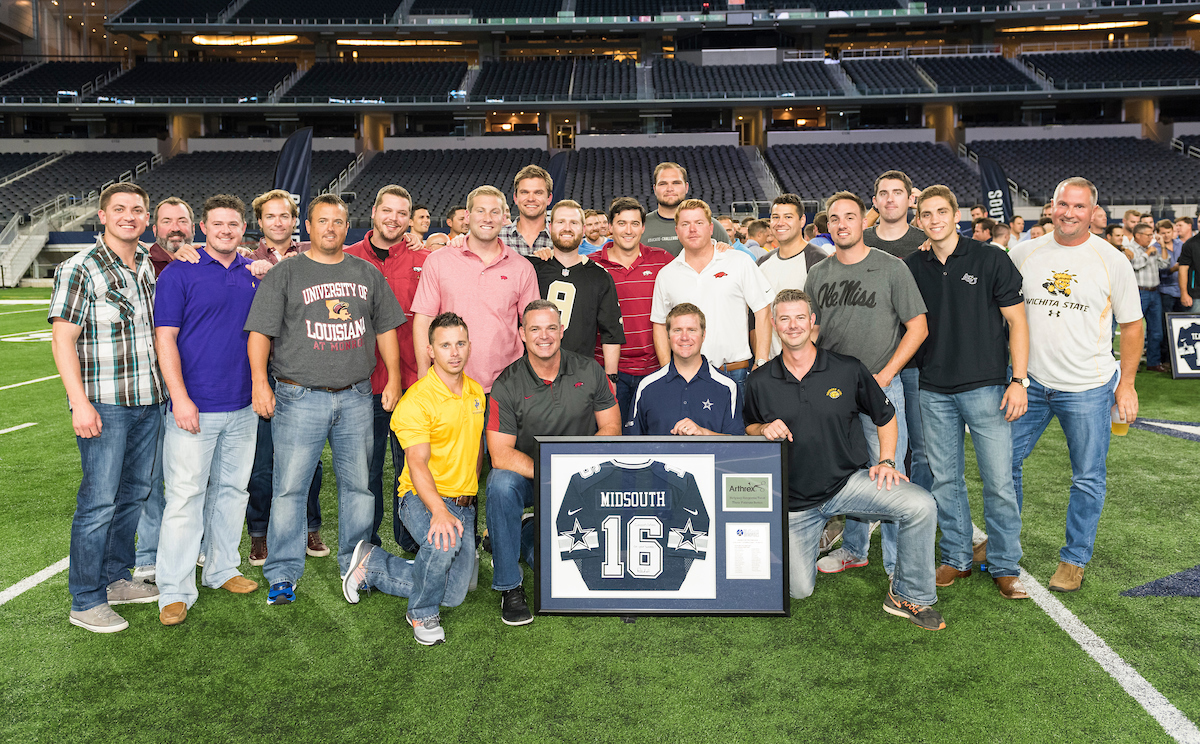 When scheduled surgeries were delayed in 2020 because of COVID-19, MidSouth Orthopedics Inc. of Little Rock spent that downtime focusing on training. “I feel like we came out of this … much better off,” said Brian Wallace, president of MidSouth. The surgeons and MidSouth staff “had that much more lab time with us.”

As the exclusive distributor of Arthrex surgical products, MidSouth also supports orthopedic surgeons and their staffs in operating rooms across Arkansas and in northern Louisiana, Wallace said. The company’s motto is “Helping surgeons treat their patients better.”

Wallace and Patrick McCrory bought the agency that sells Arthrex’s products in 2011 from Balenko & Associates Inc. of Little Rock, and started MidSouth Orthopedics. Since then, revenue has jumped more than 400% to a little more than $27 million for its fiscal year that ended June 30, Wallace said. This fiscal year should end with about $29 million in revenue.

MidSouth began with six employees and now has 48. Wallace said the company’s success is tied to building surgeons’ practices and to education, “both customer education and having the most educated and trained technology consultants in the industry.”

MidSouth has training labs in Little Rock, Fayetteville and Shreveport, said Wallace, who started his career in medical device sales in 1994 after receiving a degree in kinesiology from the University of Central Arkansas in Conway.

MidSouth’s employees also are in the operating rooms with the surgeons to teach them how to use Arthrex’s products. MidSouth’s primary focus is sports medicine injuries, but it also has products for imaging and joint replacements.

MidSouth started making surgical mission trips to Belize, with this summer marking its fifth trip, Wallace said. In addition, MidSouth began a program in 2014 that arranges orthopedic demonstrations at high schools to encourage students to become interested in careers in medicine. Wallace said the company plans to have five presentations this year.

He said giving back is important to him. “I try to lead by being a Christian leader and a servant leader,” Wallace said.