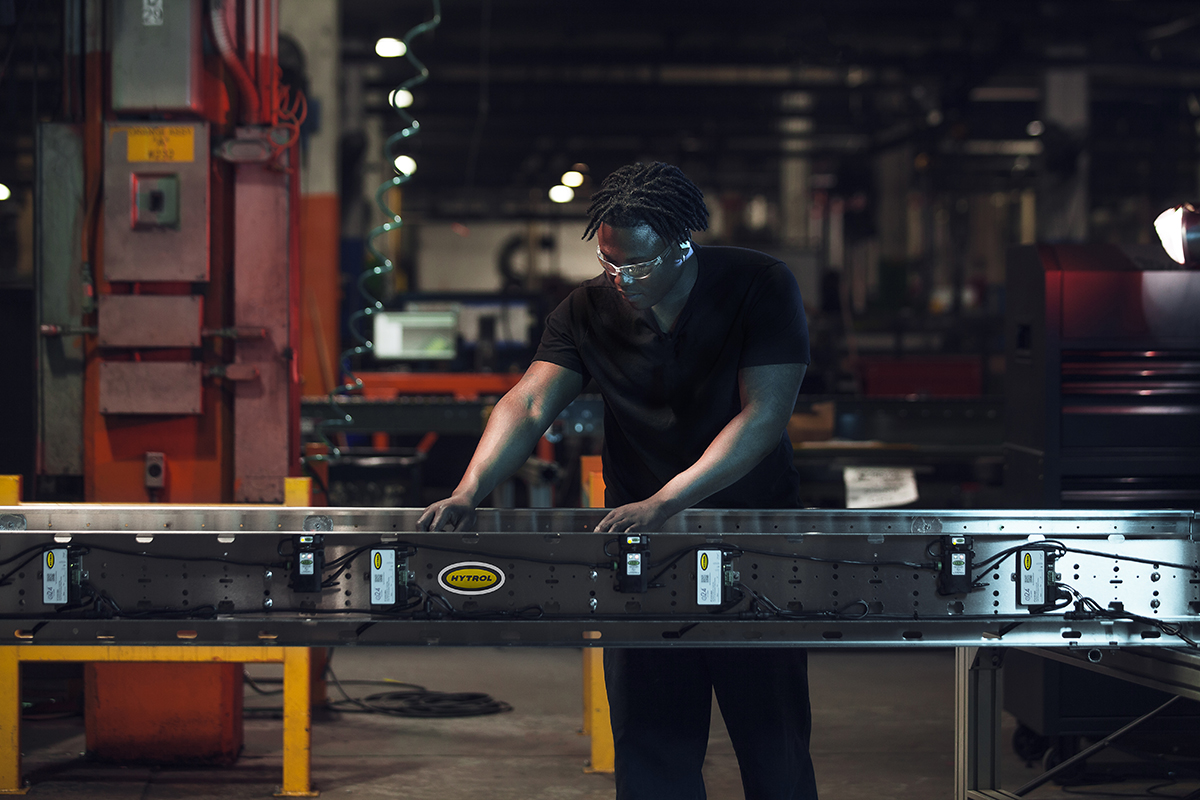 In the age of home delivery of just about anything, Hytrol Conveyor company is bursting out of the box.

Early last year the company opened its second plant in Fort Smith, which now has about 250 employees and is expanding.

“Hytrol is one of the largest conveyor manufacturers in America, and over the last year and a half we’ve been growing so much it was time to invest” in the second plant, Carswell said. “We’re looking at increasing in size at a very rapid pace at this point.”

Former Marine Capt. David Peacock is the company’s president, overseeing a company culture of “faith, family, empathy, commitment, gratitude, and community” instilled by founder Tom Loberg, who started it in 1947 in Wisconsin but moved to Jonesboro with 26 employees in 1962.

“Since then we’ve had nine different expansions,” Carswell said.

The greatest challenge the company faces is the crippled supply chain, but the company prides itself on getting equipment to plants quickly. “Our popular products are being shipped with a three-week lead time,” Carswell said, estimating that is at least half the average industry lead time across the country.

Hytrol’s biggest strength, she said, are the relationships it has built with its partner network, clients, employees and the community. Carswell said that as Hytrol looks ahead, it is developing new ways to convey ever bigger items.

“We are a conveyor and material handling manufacturer, and more people than ever before are ordering things online,” she said. “So you’re talking about conveying not only small things like cardboard boxes and envelopes, but also things like refrigerators or tires. That kind of technology is what we have really been focusing on creating. Having that kind of product line and technology is crucial, and we are always looking for ways to become more efficient in our production processes.”