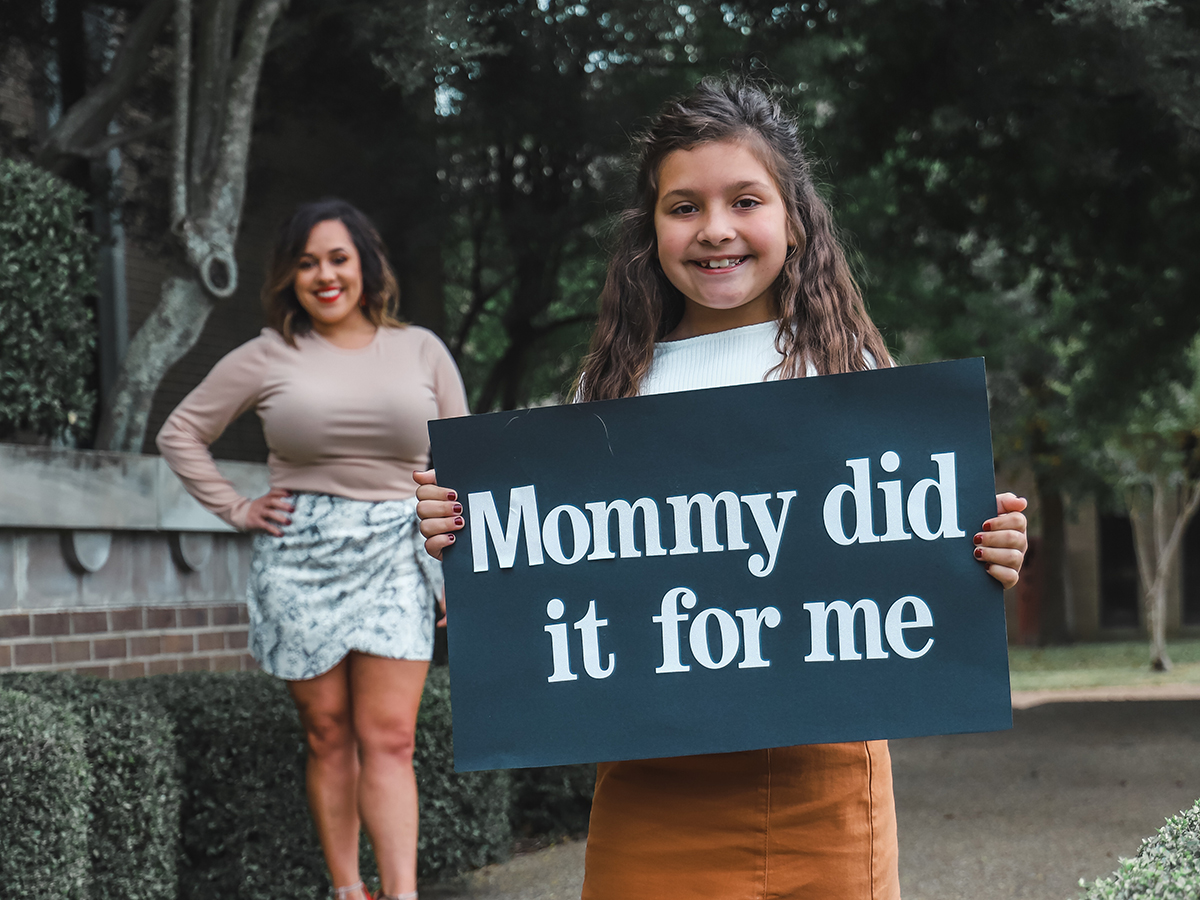 The ASPSF provides scholarship money for single parents and their families so parents can financially support themselves while attending school. The money can be used for anything the parent needs. A vast majority of the fund’s recipients are women.

The awards ceremony has always been a big deal for the organization. Executive Director Ruthanne Hill said she doesn’t like the idea of sending awards in the mail, but the coronavirus prevented the graduation-like ceremonies of the past.

So the ASPSF organized drive-through awards ceremonies. The fortunate recipients drove through to get the scholarship award while the organization’s volunteers whooped it up with pompoms, celebratory signs and cheers.

That’s how important helping single parents is to Hill and her team.

“They have not had a lot of accolades in their life,” Hill said. “There’s not a lot of people lining up to cheer low-income single moms and dads. Our ceremonies are an event and we couldn’t have that so we had drive-through awards. It was wonderful.”

Hill said the ASPSF paid out the same amount of money in 2021 even though there were fewer recipients. She said that was another consequence of the pandemic, since many single parents were in service jobs that were hit hardest by business shutdowns.

Donors to the ASPSF helped by removing restrictions on the grants and donations so there was more flexibility. Hill said the ASPSF got Paycheck Protection Program loans to keep its staff of 19 working.

“We did an emergency fund appeal, and that was able to help with rent and food,” Hill said. “92% of our students said food was the biggest need. The income demands on our families increased at the same time that the household income plummeted.