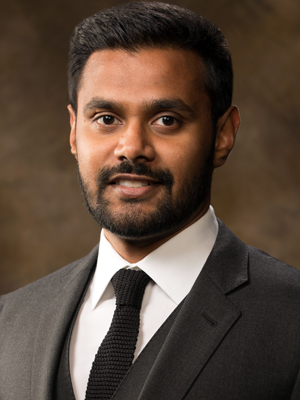 Mervin Jebaraj is on an upward trajectory at the Center for Business & Economic Research at the University of Arkansas.

Jebaraj was promoted to assistant director of the center this year after serving since 2007 as a researcher. Since 2010, Jebaraj has worked as an independent consultant providing economic policy and political analysis for federal, state and local political candidates in Arkansas and training them for debates and forums.

He served as campaign manager and strategist for state Rep. Greg Leding, D-Fayetteville, in 2010 and 2012.

His accomplishments at the UA include major economic impact analyses for clients such as the UA itself, the UA Technology Development Foundation and the Jones Center for Children & Families in Springdale.

“I enjoy interpreting and analyzing data for our clients in business, nonprofits and government to help them make better decisions,” he said.