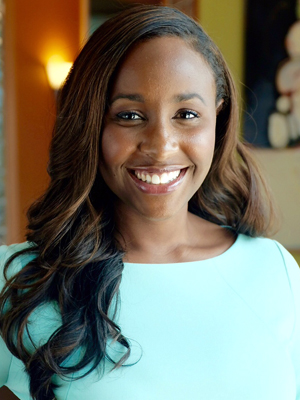 While a student pursuing a master’s degree in public service from the University of Arkansas Clinton School of Public Service, Yana-Janell Scott worked in Africa to help train and empower emerging women leaders.

Helping others has been a priority for Scott. She earned her degree from the Clinton School (her undergraduate journalism degree is from Arkansas State University) while working for Stone Ward. Before joining the ad agency, Scott led the 2010 census for the city of Little Rock and worked with its Office of Public Relations and LRTV to provide content and produce television segments.

At Stone Ward, the public relations account executive has worked with franchise, government and nonprofit clients while developing and implementing PR plans for client campaigns across the country.

All the while, volunteering has been important to her. Scott has worked with the Ronald McDonald House, Women & Children First, Our House and other numerous causes in central Arkansas. She also serves on the Arkansas Black Hall of Fame board of directors.

Scott said each project she’s worked on has helped her learn and grow professionally. And it all comes back to helping others. “It’s important to me that whatever I do I give back to others, because so much has been given to and instilled in me. To whom much is given, much is expected.”