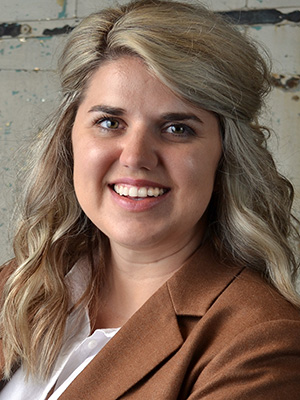 Ashley Sims has known she wanted to be an accountant since the fourth grade. “I really was attracted to math,” said the 28-year-old, who grew up in northeast Arkansas. “I love to take things that don’t have an answer and figure out how to dig and get the answer.”

After graduating from Arkansas State University at Jonesboro with an accounting degree in 2013, Sims landed a job at Windstream Holdings Inc. of Little Rock in the accounting department.

In 2017, she joined Rock Dental Brands of Little Rock as a revenue accounting manager. She was promoted to controller before becoming vice president of financial planning, where she manages the accounting team and deals with auditors, lenders and shareholders.

Her duties include financial planning for the company, which has about 600 employees and 70 dental clinics in Arkansas and Missouri. She also was involved in Rock Dental’s acquisition of more than 50 clinics.

Outside of Rock Dental, Sims is a member of Immanuel Baptist Church in Little Rock. In 2017, Sims went on mission trips to Poland and Ghana.

She said she’s motivated to serve others “and make other people’s lives easier and better.”