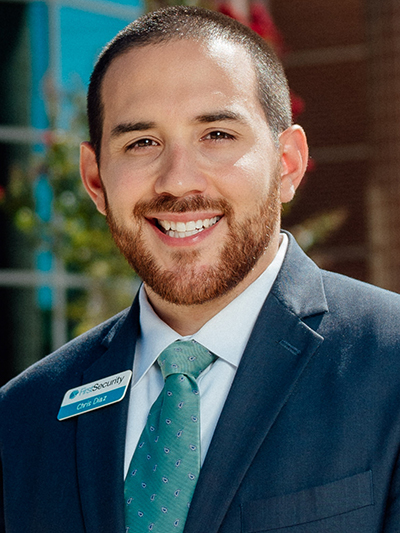 A summer job as a bank teller while in college turned Christopher Diaz onto an unforeseen career path. “I never thought I would be in banking or it was a road I would go down,” said Diaz, who grew up in Saline County’s East End community.

He was promoted to loan operations intern at First Security Bank while attending the University of Central Arkansas in Conway. Diaz joined the bank as a management trainee after graduating in May 2014 with a bachelor’s degree in business administration with an emphasis in innovation and entrepreneurship.

At First Security, Diaz worked as a credit analyst and appraisal coordinator for consumer lending before his promotion to commercial loan officer in March 2016. He was named assistant vice president of commercial lending in November 2018.

Diaz serves as president of Christian Community Care Clinic in Benton, which provides affordable health care to the medically underserved. He also serves as treasurer of the Arkansas Freedom Fund, which helps Arkansas veterans get outdoors and be active and healthy despite any disabilities and assists charitable organizations in the state that support the military, veterans and families of those who served.