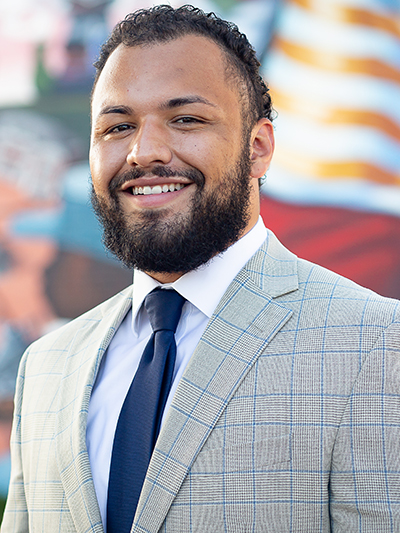 Corey Parks is not only dedicated to serving his city, but he also loves running, spending time at the shooting range and playing basketball. And he will never complain about a chance to delve into data in Excel.

Parks grew up in Fort Smith but he found a home in Conway, where he earned a bachelor’s of business administration in insurance and an MBA at the University of Central Arkansas.

It was at UCA, he said, that he developed an interest in mental health awareness, volunteerism and bettering central Arkansas. In 2016-17, he worked as a project coordinator in UCA’s Center for Community & Economic Development. “Corey was key to our successful administration of a multi-year grant from the Winthrop Rockefeller Foundation,” his former UCA colleague Amy Whitehead said.

In the future, Parks hopes to not only improve his community but continually strive to be a better version of himself.