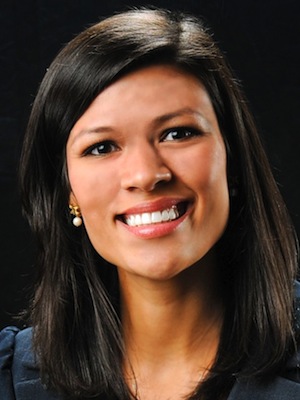 The shock comes, Gieringer said, because she is “free spirited” and “laid back,” and perhaps most people don’t associate an easygoing attitude with accounting. Her explanation for her extraversion: “I was a military child so I’m kind of from everywhere. I think that might be why I’m so outgoing.”

Gieringer graduated from the University of Central Arkansas in 2007 and has worked at JPMS Cox since 2008. Professionally, she’s proudest of having been chosen for JPMS Cox’ charitable action committee and for the American Institute of Certified Public Accountants Leadership Academy for 2011, one of about only 30 people selected from throughout the U.S.

At JPMS Cox, Gieringer does a lot of work with nonprofits, which ties in nicely with her efforts on the accounting firm’s charitable action committee and with her own interests.

She has volunteered with a number of area organizations — the Arkansas Arts Center, Habitat for Humanity and the Arkansas Repertory Theatre — often working on fundraisers. Because she’s a numbers person, Gieringer said, she knows how important fundraisers are to the nonprofits to help them follow through on their missions.