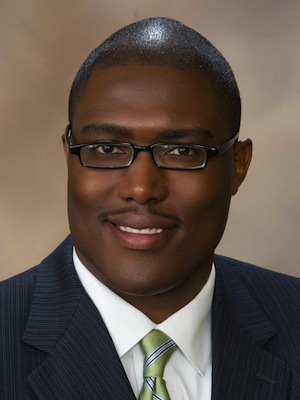 Frank Scott Jr., 27
Director of Intergovernmental Affairs
Governor’s Office
Little Rock
Frank Scott Jr. got his first taste of politics and public policy while a college student, as a member of student government and doing volunteer work at city hall.

However, Scott entered the private sector in 2005 after graduating from the University of Memphis with a bachelor’s degree in business administration with an emphasis in sales.

Recruited by Target Corp., the Little Rock native worked as a group leader and team leader at the company’s Maumelle distribution center. While working night shifts in February 2006, Scott volunteered for day work on the Mike Beebe for Governor Campaign.

He became a paid staff member in June 2006 and left Target in January 2007 to join the governor’s staff as a policy adviser to the director of policy.

Scott now serves as director of intergovernmental affairs and deputy director of policy, helping the governor keep his campaign promises regarding health care, telecommunications and budget and tax issues.

He graduated with an MBA with an emphasis in strategic management from the University of Arkansas at Little Rock in 2009.

Scott serves on the board of directors for the Big Brothers Big Sisters of Central Arkansas and Better Community Developers Inc.