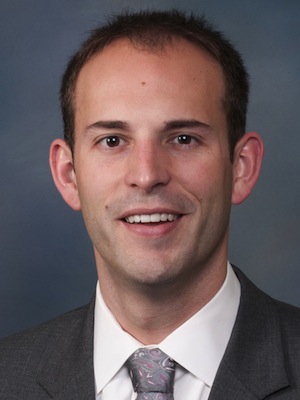 Chasse Conque, 27
Director of Development, College of Medicine
University of Arkansas for Medical Science
Little Rock
For Chasse Conque, there is no higher value than the support of higher education.

He received his bachelor's degree in science from the University of Central Arkansas in Conway. Then he was almost immediately hired full-time in the development office of the University of Arkansas at Little Rock and eventually obtained his Master of Business Administration there.

At UALR, Conque worked as the manager of donor relations. During his five years in the position, Conque kicked off SpectacUALR, a fundraising program that generated nearly $400,000 for the school in its first two years. He also founded an alumni association to help raise private support.

Conque now works at the University of Arkansas for Medical Sciences as director of development for the College of Medicine. There he is responsible for raising money, supporting research and recruiting physicians.

Conque's interest in development stems from his youth in college communities, where the prevalence of higher education permeated his life.

"I have a passion for what I do," he said, "for education, for health care. I want to continue my work in development, and hopefully continue to grow here in Arkansas.

"My wife and I are big believers in giving back to the community, not just through your time but your personal resources."