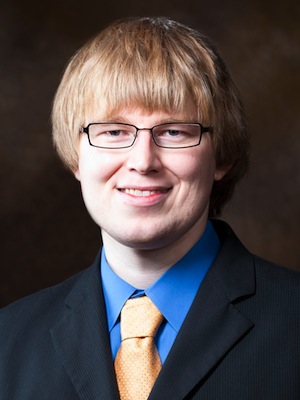 Hutchings was born in Dover, England. When he was 8, his family moved to Mena so his mother could preserve a special bloodline of Arabian horse.

Hutchings attended the Arkansas School for Mathematics, Sciences & the Arts in Hot Springs and then graduated from Hendrix College with a bachelor's degree in math and physics. He moved to Fayetteville to the University of Arkansas, obtaining his master's and doctorate in a program called micro electronics-photonics, finishing his schooling in May 2010.

One week before he defended his dissertation, Hutchings launched Silicon Solar Solutions and hired himself as his first full-time employee. He now employs five workers and two interns.

"It's a big hurdle for solar energy, bringing the costs down," he said. "That's exactly what our technology is targeted at."

He hopes to bring solar manufacturing to Arkansas, noting that the state is geographically perfect and logistically ideal to support it. And he hopes the revolution will be soon.

"With research, it always seems to take a little longer than we hope," he said. "We're out trying to raise money for our pilot line, which should be completed in the next 12 months."