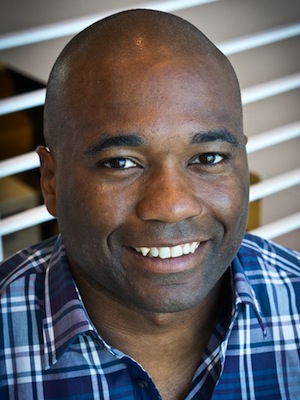 He was born in Newport, moved to North Little Rock at age 14 and attended college at Harding University in Searcy. He received an undergraduate degree in marketing, and worked with Community Publishers Inc. in Bentonville until, recently, he took his present job at Hewlett Packard in Conway.

"After I graduated, I was interested in technology," he said. "I knew I wanted to be in the field. But I didn't realize I would have an opportunity to work for the biggest technology company in the world."

Robinson started in the company's enterprise service storage networking business unit, where he worked with data centers tied to education accounts in New York. He loved the energy of the business.

"It's growing, ever-changing," he said. "That's what's fun: It's constantly changing. Technology is moving today at such a fast pace."

Robinson has now moved out of his original field and works in services, where he helps deliver cloud systems. He hopes to climb the managerial ladder and deal with large accounts in the public sector.

"I would love to be a part of helping better the state of Arkansas, or any other state, for that matter," he said.

Outside of HP, Robinson serves on the Riverfest Arkansas committee, where he helps manage the festival's "RiverMoney" system.