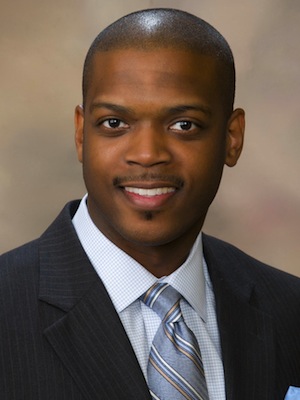 “There’s a one-letter difference between networking and not working, and I definitely don’t want to be a not-worker,” Hudson said.

Hudson grew up in Tulsa, but his parents are from Little Rock, and he earned a degree in marketing management from the University of Arkansas in 2005. After moving to Little Rock in 2006, he spent time in minority business development for the Little Rock Regional Chamber of Commerce and as a program associate for the Winthrop Rockefeller Foundation before hiring on with the new Arkansas Scholarship Lottery in 2009.

His immediate job was to make sure that minority-owned companies had the opportunity to do business with the new state agency. He is also responsible for designing control processes for dealing with both internal and external customers.

He’s networking outside the office as well. Hudson is chairman of the Arkansas Economic Development Commission’s Minority Business Advisory Council, and he is president of Young Black Professionals of Arkansas, a 5-year-old nonprofit.

“We want to be a pipeline for talent — not just diverse talent, but top talent,” he said. “I think a lot of people lose sight of the fact that you aren’t truly successful unless you are helping other people succeed at their goals and helping them discover things that they didn’t see within themselves. Someone did it for me."