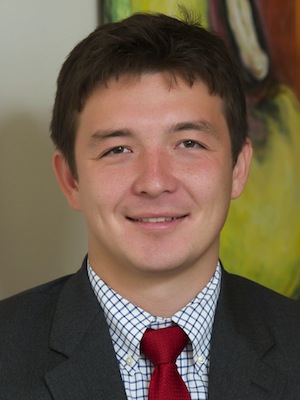 Anthony Johnson, 28
Managing Partner
Butler Horn Nye & Johnson PLLC
Little Rock
Anthony Johnson graduated with a degree in computer engineering from the University of Arkansas at Fayetteville in 2005 and jumped into a career in financial planning and asset management.

But Johnson was more interested in the businesses that his clients owned than financial planning. So he decided to go to law school, where he thought he could combine his computer and financial knowledge with some legal understanding.

While at the University of Arkansas at Little Rock’s William H. Bowen School of Law, he met R.J. Martino, one of last year’s 20 in Their 20s, and together they created a business plan for ThanksBud, an online marketplace for local services.

In 2009, the blueprint won the Donald W. Reynolds Governor’s Cup business plan competition in Arkansas. Johnson and Martino scrapped the idea to start the company after the retailer Sears started a similar service.

After law school, Johnson opened the Johnson Law Firm in Little Rock in September 2010 and used his computer skills to market it. Soon he had more business than he could handle and teamed up with the firm Spears Huffman & Butler in Benton.

In July, attorneys from that firm and Johnson formed their own firm, Butler Horn Nye & Johnson PLLC, which has four attorneys and offices in Little Rock, Benton and Hot Springs. Johnson said he wants to grow to 12 attorneys within two to three years.

He said money isn’t what drives him. “I enjoy the competition. Otherwise, life’s boring.”