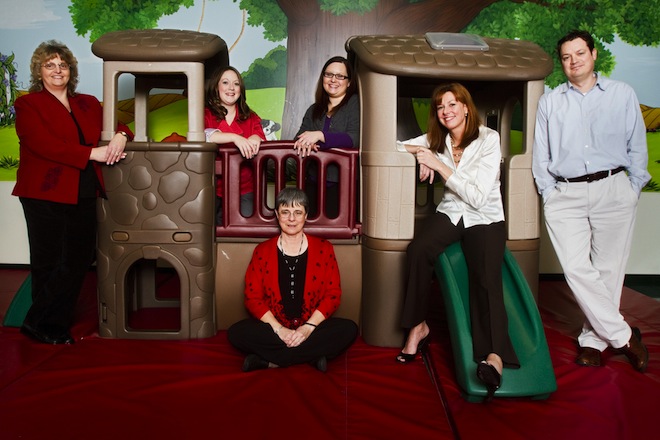 The Helen R. Walton Children’s Enrichment Center is having a ripple effect in the field of child care in Arkansas. The center not only educates children 6 weeks old through pre-kindergarten; it also educates other child care providers with the goal of improving the quality of care statewide.

Since opening in 1982, the center has served more than 10,000 children, said Danielle May, the center’s development manager. “So it’s generations of children who are now in the workforce,” she said. “They’re earning higher wages, they’re less dependent on social services and they’re being productive members of the community.”

Since 2002, the center has been recognized as a state of Arkansas “quality approved” early childhood facility, a status that until recently fewer than 10 percent of centers had achieved.

The Enrichment Center itself serves 3,250 people annually with its 60 employees and 300 volunteers. And as May noted, “Children who attend at least one year of preschool are shown to be three times more likely to graduate high school, and they earn $260,000 more over their lifetime.” By providing early childhood education and care, the Enrichment Center has a direct impact on its community.

In 2009, the nonprofit opened its Early Childhood Initiatives Center to help child care professionals share knowledge and best practices. It was part of the Enrichment Center’s mission to reach beyond the families it served to collaborate with early childhood programs throughout northwest Arkansas.

Return to 2012 ABOYs
Purchase Tickets > Nominate Someone for the ABOYs >