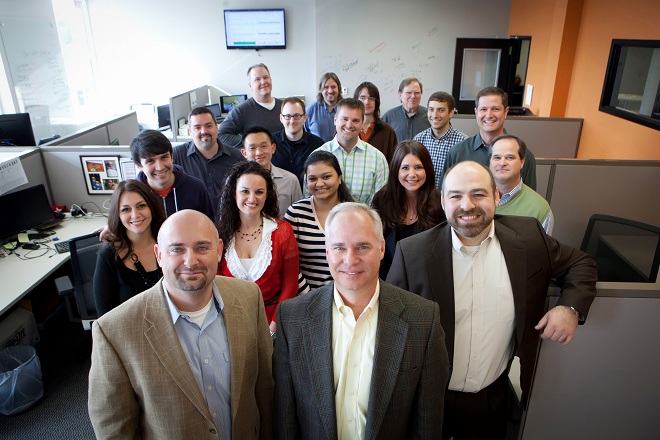 PrivacyStar came into being just as smartphones were exploding onto the telecom scene.

"We started this thing in late 2008, and the concept was really to provide call-blocking and do-not-call violation complaint filing on landlines," said Jeff Stalnaker, president and CEO. "And as soon as we got into it, within the first four or five months, we realized quickly that the investments required by landline carriers, like AT&T and others, were too expensive for us to be able to provide the services we wanted to provide."

So the company migrated to smartphones in early 2009.

"It was perfect timing," Stalnaker said. "It really was. … It's been fantastic for us. What we see in the industry in the past three or four years is people just dropping landlines. There are still 185 million landlines in the U.S., there are still a lot out there, but more and more we see people dropping landlines. What happens when they do that is they use their mobile number for everything."

That, Stalnaker said, also means that telemarketers and debt collectors are starting to call cellphone numbers.

PrivacyStar released its first product for BlackBerry in December 2009.

"It was a call-blocking service with a lookup feature that allows it to look up who calls very easily," Stalnaker said.

Soon after, PrivacyStar released its app for Android, where its highest percentage of clients remains to this day. Last year, it released an app for iPhones and landed its first tier 1 carrier, Sprint.

PrivacyStar now has 30 employees and is providing a place for technologically minded Arkansas college grads to work.

"One of the things we do is work with the local universities," he said. "We try to support the universities and colleges to create a curriculum that meets our needs."

Stalnaker said the company's philosophy traces back to a customer's right to his or her phone call.

"It's your phone," he said. "You pay for it every month, and you should be able to control who calls you. You're not to be harassed or bothered."