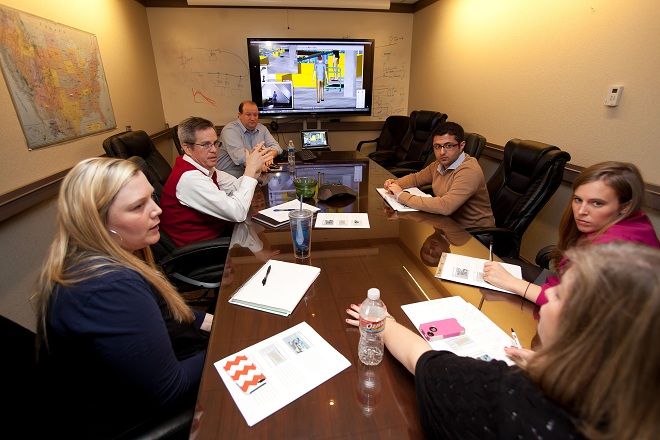 TME Inc. has ensured its future by embracing the future.

Begun in 1995, TME Inc. is a design and consulting firm specializing in HVAC, plumbing, electrical, fire protection, structural and energy services with an emphasis on health care and higher education facilities.

The company of 150 employees sets itself apart by encouraging innovative thinking and is also aggressive in energy service design and consulting efforts.

Formerly known as Tinsley Engineers and begun by Ed Tinsley in 1995, the company changed to Tinsley-Mullen Engineers in 2000 after Rusty Mullen joined the firm. With 15 owners, the name was changed to TME Inc., and current associates will also have future opportunities to join the ownership.

Pettit said the company's biggest challenge was to remain adaptable in the face of a changing technology market that affects building and design codes. But by establishing itself as an owner's advocate and emphasizing innovation, TME Inc. is poised for future success as the national focus turns to energy efficiency and consumption.

For example, the company was out front as one of the first in its field to embrace the three-dimensional software program known as the Building Information Model. The innovation allows designers to be more proactive in anticipating structure requirements, especially from the heating and cooling standpoint.

"We got into the energy-saving side of things and the analysis side when a lot of the firms weren't doing a lot of this, maybe only at the request of the owner," Pettit said. "We were doing this as part of our design package. That has helped us over the last three or four years as the economy has gone down."