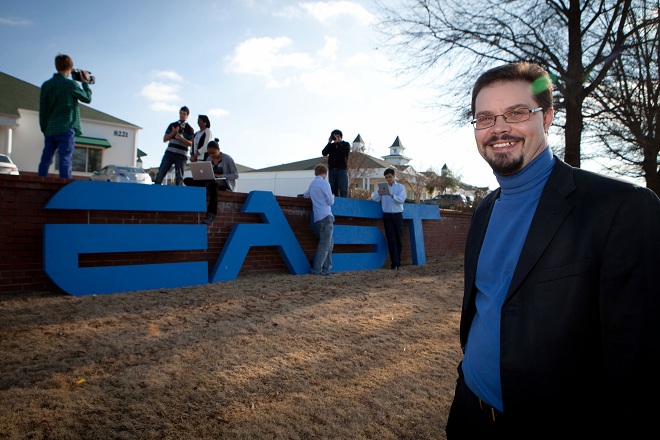 As executive director of the EAST Initiative, Matt Dozier is responsible for helping spread technological learning throughout Arkansas.

EAST stands for Environmental & Spatial Technology. It started in Greenbrier in 1995. The program focuses on placing professional technology into K-12 classrooms and letting the students, with guidance, come up with their own technical projects.

EAST had barely gotten off the ground when it swept into Matt Dozier's life in the late 1990s. At the time, Dozier was teaching English and speech at North Pulaski High School in Jacksonville.

He warmed up to the program rapidly. Soon, he became an EAST facilitator and then started working for EAST when it became a nonprofit.

"When I first started, we were 35 schools," he said. "We had just begun to stick our toe in the water out of state. This year, we've got a little over 200 schools in the state."

In the beginning, EAST was only for high school students, but now includes elementary, junior high and even some community colleges. Dozier said there are about 20,000 students enrolled in EAST programs, and more than 150,000 that have gone through them since the program started. The program has about 230 active facilitators, and its revenue has grown from $2.15 million in 2010 to $2.4 million in 2011 to an estimated $3.6 million in 2012.

Dozier said the growth hadn't been without challenges. EAST once had programs in California, Hawaii and Chicago, but state budget issues and the Great Recession "made a lot of that go away." But even in Arkansas, Dozier said, he's found keeping the program funded to be a challenge.

"EAST is incredibly efficient," he said. "When you look at it from one perspective, it's very affordable. But money is limited. Choices have to be made"

Despite that, Dozier was proud that he has helped EAST stay strong. "I'm very proud that we're still here, that we've grown, that we have an incredible staff still taking care of schools in ways most other programs don't," he said.