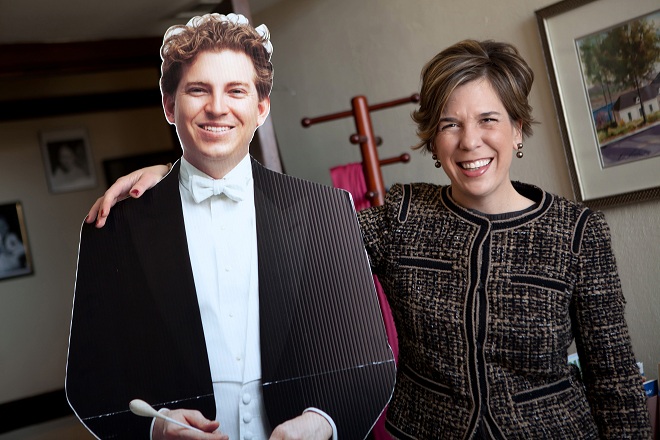 It was her job as editor of her college newspaper that directed Christina Littlejohn to a career in leading orchestras.

In1989, Littlejohn was a music major at Furman University in her hometown of Greenville, S.C. She was tasked with improving the school newspaper or seeing it disappear.

Littlejohn and her staff made big changes, and her alma mater still has a newspaper more than 20 year later. "One thing I seemed to excel at was leading the team," she said.

For her career, Littlejohn focused on merging her passion for music and her leadership skills. She earned master's degrees in business administration and arts administration from the University of Cincinnati.

Littlejohn, 43, joined the Arkansas Symphony Orchestra as executive director in 2009, during the Great Recession. She had successfully grown symphony programs in Mobile, Ala., Miami and Pensacola, Fla.

When she took the job with ASO, the orchestra was about to run out of money.

"The orchestra was in a stressful place," Littlejohn said. She brought together the Arkansas Symphony's board members, administrative staff and musicians for a meeting. Doing what she does well, Littlejohn united the groups to revive the orchestra.

Across the country, while other orchestras faltered and their board members, managers and musicians squabbled, Littlejohn's team looked carefully at the Arkansas Symphony's bad financial and attendance data. They cut salaries, slashed ticket prices and planned unconventional concerts.

The results have been clear. For the past three years, concert attendance has shot up and the orchestra has broken even financially, with small surpluses for the past two years.

Littlejohn is now working with greater sustainability in mind by building the symphony's endowment, continuing to make the orchestra more accessible to the public and planning ahead for a long closure of its main venue, Robinson Center, for renovations.