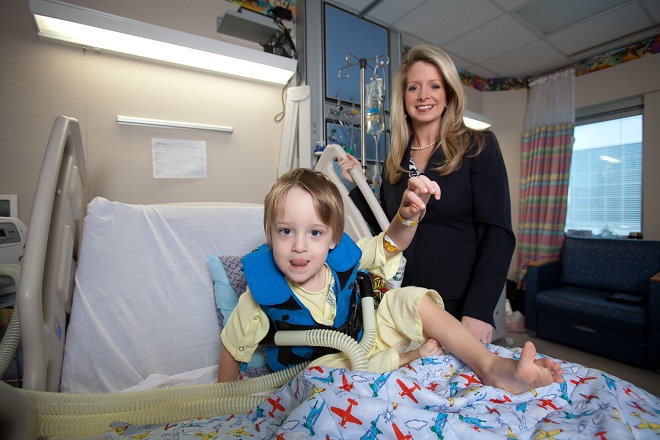 In the last five years, the Arkansas chapter of the Cystic Fibrosis Foundation has seen annual donations grow from $150,000 to $870,000 in 2012. It now aims for a $1 million year. During those five years, the nonprofit has blossomed from a one-person, home-based operation to a four-person staff with an office.

None of that growth would mean much if the foundation hadn't also increased awareness of the disease and welcomed greater numbers of volunteers who help serve CF patients at its three care centers in Arkansas.

"One of our goals, especially since the economic downturn a few years ago, has been to grow our people pipeline rather than focus on growing our budget size for our events," said Jennifer Maune, executive director. "And by doing that, we have greatly increased the number of the people that we have attending our events, raising money on behalf of our organization, volunteering on behalf of our organization, and thereby knowing exactly what CF is and how it affects our patients."

The organization now counts 1,400 volunteers in Arkansas assisting its service to 300 CF patients and their families.

The foundation seeks to find a cure for cystic fibrosis, a fatal genetic disease, and to improve the quality of life of those who have it. In the last 30 years, the life expectancy of a child with cystic fibrosis has doubled to the late 30s. The CF Foundation has helped fund drug therapies that "address the underlying cause of CF and hold the promise of significantly improving quality of life and life expectancy," Maune said.

One of those drugs is Kalydeco, a breakthrough in the treatment of CF because it targets the basic defect of the gene that causes the disease, though only 4 percent of patients are helped. Maune, however, is optimistic that new research will lead to a cure for other sufferers. And for that 4 percent, "their lives are transformed," she said.

One transformed life is that of a 39-year-old Arkansas patient who, for the first time, has to consider and plan for retirement, Maune said. "He had never contributed to retirement because he didn't think he'd grow old."