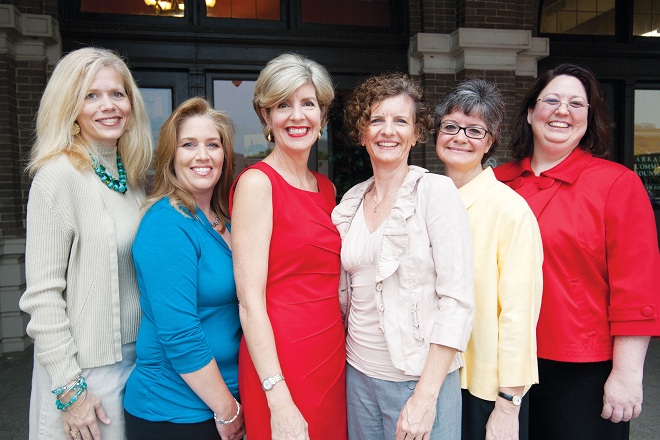 It seems like a no-brainer: Everyone who graduates from high school ought to have a working knowledge of fundamental economic principals.

Thanks to Economic Arkansas, an organization that has been training teachers to teach economics for a half century, that's now guaranteed.

Beginning in 2010, all students who entered high school in Arkansas must complete a semester of economics in order to qualify for a diploma.

"2014 will have the first class of graduates who have all had the economics course, which is just thrilling for us," Executive Director Sue Owens said. "People may not realize what the impact might be until you look at the number of kids who are going to graduate each year from high school and the knowledge they are going to take out into the marketplace and into their lives. It's going to be dramatically different for them."

Economics Arkansas was founded in 1962 as the Arkansas Council on Economic Education, led by the legendary Bessie B. Moore.

"Economics is the science of decision-making, and all of our lives are built one decision at a time," Owens said. "It is so critical that our students understand how to make decisions for their lives. They can build the lives of their dreams if they understand how to invest in their own human capital."

In keeping with that philosophy, EA has chosen to invest in the human capital of teachers, training them to incorporate economic principles into lesson plans for students of all ages and, since the graduation requirement became law in 2009, as a designated "trainer of choice" for high school economics teachers.

Economics Arkansas operates on a mix of gifts, government funding and fees for services. Its budget has been between $765,000 and $1 million during the past three years.

At its 50th anniversary celebration last year, Economic Arkansas recognized nine of its directors for serving on its board for 25 years or more. Many of them, Owens said, are school superintendents who recognize the "multiplier effect" of training teachers who then teach thousands and even tens of thousands of children over the course of a career.