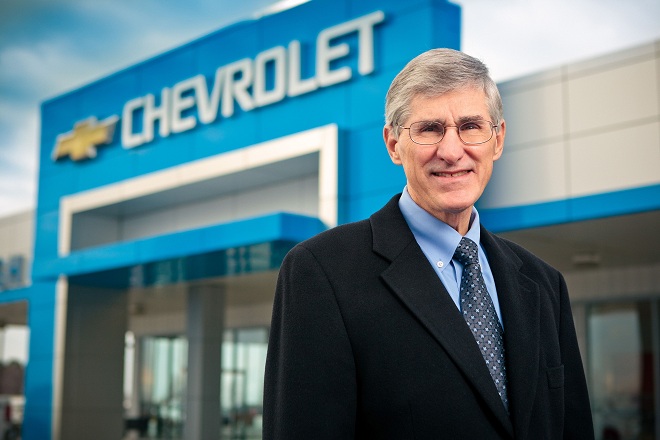 Don Cavenaugh isn't sure he could have picked a worse time to get into automobile sales.

Cavenaugh bought his first dealership in Black Rock (Lawrence County) late in 1978, not long before a significant recession hit the United States. He recalls double-digit interest rates — as high as 20 percent — making it difficult for buyers who needed a vehicle.

Consequently, that was a tough time for folks looking to sell cars. It was especially difficult for Cavenaugh, who had no experience in the business.

Still, Cavenaugh stuck with the dealership. It's a decision that has paid off for the northeast Arkansas native, who today has seven dealerships as part of Cavenaugh Auto Group.

Cavenaugh, president of the auto group, persevered, and his decision to leave behind a career in vacuum cleaners was no doubt the right move. Today, Cavenaugh Auto Group employs nearly 200 and sales from 2009-11 grew an average of 20.5 percent.

Cavenaugh pointed to keeping it simple — and staying out of the way — when asked how he manages his employees. "Simple is best," Cavenaugh said. "Give your employees the training, tools and support they need to excel at their jobs. Don't micromanage the business. Allow the employees to take ownership of their area of responsibility and make the necessary decisions."

His approach has allowed him to build a loyal management team, Cavenaugh said. He has employees who have been with him for the last 17 years and helped the dealerships grow across northeast Arkansas. Now Cavenaugh Auto Group offers Ford, GM, Chrysler and Kia brands.

While he has diversified the brands he offers and added dealerships, Cavenaugh has stayed committed to the selling of cars. He said he had resisted the temptation to get involved in other businesses, so he can focus on what he's learned to do best.

Cavenaugh takes great pride in navigating those difficult early years and growing the business into what it is today. Those early struggles taught him a lot about hard work.

"I eat sleep and breathe the car business," Cavenaugh said. "When I get up in the morning, that's pretty much all I'm thinking about. I never give up."