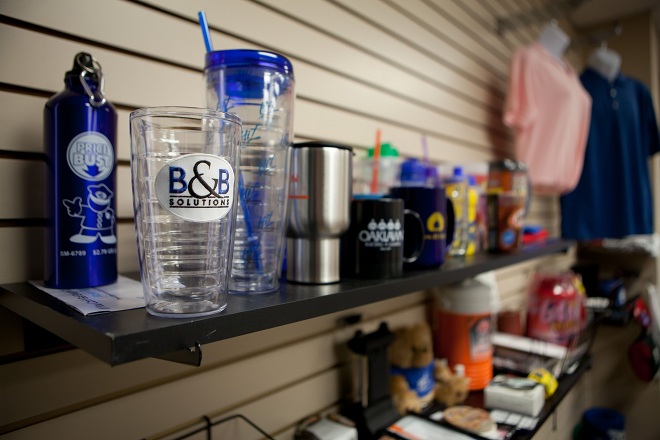 Jerry Spears enjoyed growing his company, B&B Solutions, so much he did it twice.

In its second go-around with Spears as president and CEO, the Mabelvale company offers printing, office and promotional products, scanning and document-management solutions at 15 locations in six states.

Spears, 70 attributes B&B's growth to "surrounding myself with really good people, or they've surrounded themselves to me, basically. I've been blessed, that's all I can say. I do know, I think, I've got a pretty good work ethic — I always have — and a pretty good recognition for where the industry is going."

B&B Solutions has 78 employees and an annual revenue growth rate of 10 percent a year, which is above the industry average. That, of course, is B&B version 2.0

Spears began the first B&B in 1981 after working for Moore Business Forms and IBF, taking on the challenge of starting a business in a weak economy. Borrowing out-of-state money at 22.5 percent interest, he grew B&B into a company with annual sales in excess of $26 million.

Spears sold out in 1998, with employees making money on the sale thanks to the company's stock ownership. He stayed on for a couple of years as president of the B&B division Global Docugraphics, and then took time off because of an illness in the family.

Spears returned as a part-time consultant and in the early 2000s bought back the print shop he had originally purchased for B&B; then he pulled together a group of former employees to buy back the company in 2006 as bankruptcy loomed.

By then, sales had dwindled to $12 million, but despite the challenging economy of the past six years, sales are now above $21 million. Along the way B&B has gone from being primarily a print company to a print broker to a print producer, with a greater emphasis on promotional products than in the past.

With B&B Solutions thriving again, Spears, the majority owner at 51 percent, is planning to hand off management to others this year or next. But he knows he will leave the company in good care, and that it will continue to provide care for its owners and employees.

"The company I plan for, my family plans for and the owners, we expect it to continue to remain in our hands and grow," Spears said.