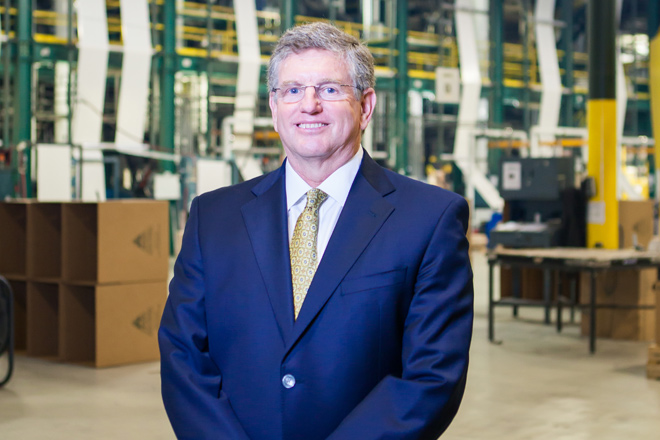 After nearly 19 years in the banking industry in Louisiana, Dhu Thompson decided he wanted a different career, so he bought Delta Plastics, a small polytube manufacturing company with a plant in Stuttgart.

“I had a desire to do my own thing,” said Thompson, who was 43 when he left his job as vice president and head of private banking with Bank One in Monroe.

Since he purchased Delta Plastics, the company has added a plant in Little Rock and become the largest manufacturer of polytube in the world and one of the largest recyclers of heavily soiled plastic materials.

Delta Plastics is also located in six other states as well as in South America. Plans include building a plant in Brazil, Thompson said.

Revolution Bag, which Thompson founded in 2010 and is located in Delta Plastic’s Little Rock facility, is a manufacturer of EPA-compliant garbage bags that are sold exclusively to the institutional market, with customers like the Atlanta International Airport, Denver’s Mile High Stadium and the New York City schools.

Thompson describes his companies as a “unique intersection” of his two passions, entrepreneurship and conservation. “It’s very rare that you will find a for-profit company that also has a larger ‘do good’ mission and operating philosophy at its core,” he said.

More than 250 people are employed at Delta Plastics/Revolution Bag.

Return to 2016 ABOYs
Purchase Tickets > Nominate Someone for the ABOYs >