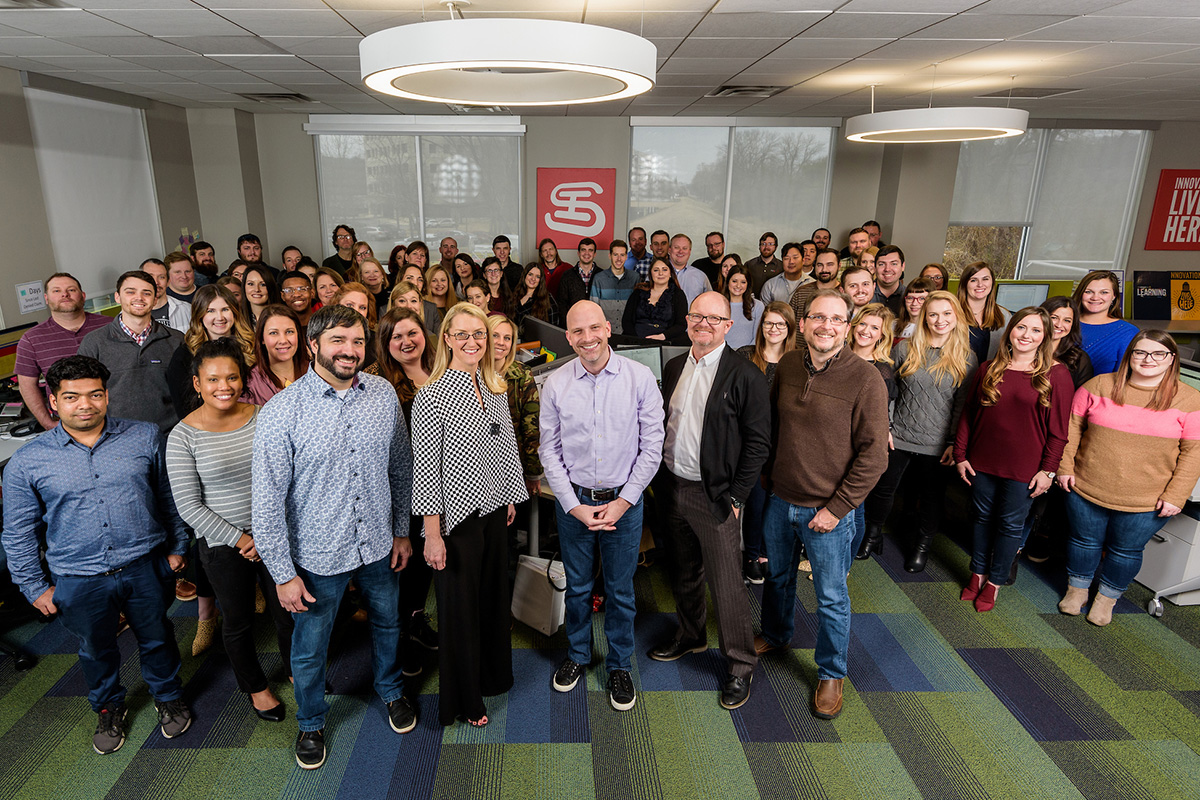 There’s no shortage of maxims at Team SI, the data-driven Little Rock marketing company affiliated with Mangan Holcomb Partners. “Data is the currency of the internet,” CEO Tim Whitley loves to say. “The best way to predict the future is to invent it” is another gem, an Alan Kay quotation that went up on Whitley’s office wall. Want more? How about “We have to be two steps ahead because in a blink of an eye you can be three steps behind”?

They’re far more than just words. Whitley put his money behind those ideas, cleaning out his 401(k) from Nexstar Broadcasting in 2010 to start Team SI. A year later, he joined forces with MHP, and now Team SI has more than 76 employees. It reported 60 percent growth in annual revenue over the past three years, and the firm has been honored as a Google Premier Partner and as one of the nation’s 500 fastest-growing companies by Inc. magazine. It has drawn praise for innovation and entrepreneurship by Silicon Review and Entrepreneur Magazine’s Entrepreneur360. Listed among the Best Places to Work in Arkansas, the firm is also a previous Business of the Year finalist.

Part of the key has been its highly trackable digital marketing work for clients, Whitley said. “That’s part of inventing the future. We’re working hard to find industries no one else has gone into; development’s a big key, and so is software as service.”

Whitley says auto marketing got the company started. “Scott Landers is a good friend and has been a client since 2010,” he said. “It’s still a linchpin, but you can’t survive off just one category. So we moved to agricultural equipment, and it has been a huge success.”

After just two years, Team SI’s equipment division serves more than 400 dealership locations in North America. It has also carved out niches in health care, banking and telecom, notably with Windstream Holdings as a client.

“A firm like this wins and makes money off industries that have not previously been helped by digital,” Whitley said. “Capitalizing on these areas has grown us into the three floors we take up here at 2300 Cottondale,” MHP/Team SI’s headquarters on the banks of the Arkansas River. “Our biggest challenge is recruiting, training and retaining great employees right here in Arkansas.”

“We do tailored marketing with data sets,” Whitley said. “Fresh ideas and our ability to execute them quickly allow us to deliver better results faster. We count on each other, and ultimately we win or lose together.”