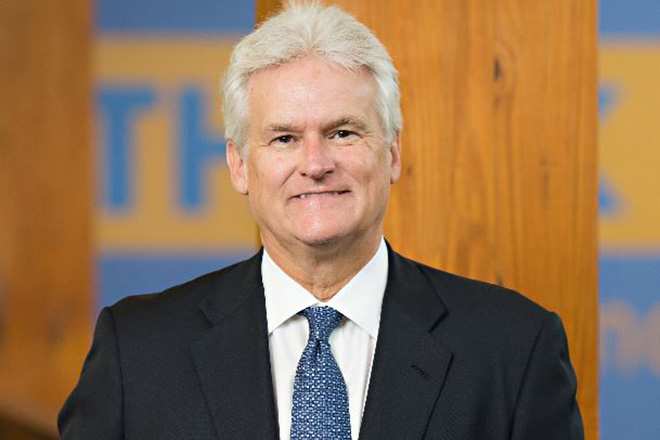 Alan Morse’s mom warned him: “Whatever you do, don’t ever work for the phone company.”

But, Morse explained, her advice was specific to AT&T — about the only phone company around when she said it.

That’s a good thing, too, since he’s been working in telecom for 30 years.

For the first 10 years, Morse worked in retailing. Then he was laid off.

Two job offers followed that hiccup: one from a startup and one from a more established company. He chose the startup, Cellular One, and later worked for TelePacific Corp. in Los Angeles, Sprint and others.

“It’s been a really fun career. Lots of change and lots of challenges, never a dull moment,” Morse said.

His most recent stop on that journey was moving to Arkansas five years ago to serve as president of Ritter Communications in Jonesboro.

“The business has been around for over 100 years and so there’s a tremendous tradition at the company of customer service, of community support, of treating employees like family,” Morse said. That’s what attracted him to the post.

“So one of the most interesting things for me is how to maintain all those positive things that have grown organically with the company over the last 100 years and layer on top of that the growth aspects that we’re looking at now: building fiber across the state of Arkansas, offering business services in addition to the residential services that we’ve done traditionally, having people in offices that are not in the company’s hometown.”

He’s especially proud of helping transform the business “from a sleepy hometown residential cable and telephone company to a regional fiber provider.”

Ritter has spent around $40 million in the last three years building a fiber optic network around Arkansas, Morse noted.

He said mentoring others was one of his greatest career accomplishments, and his biggest mistake was starting his own business, which failed. From that mistake he learned to keep his ego in check and to give credit to others who have helped him succeed.