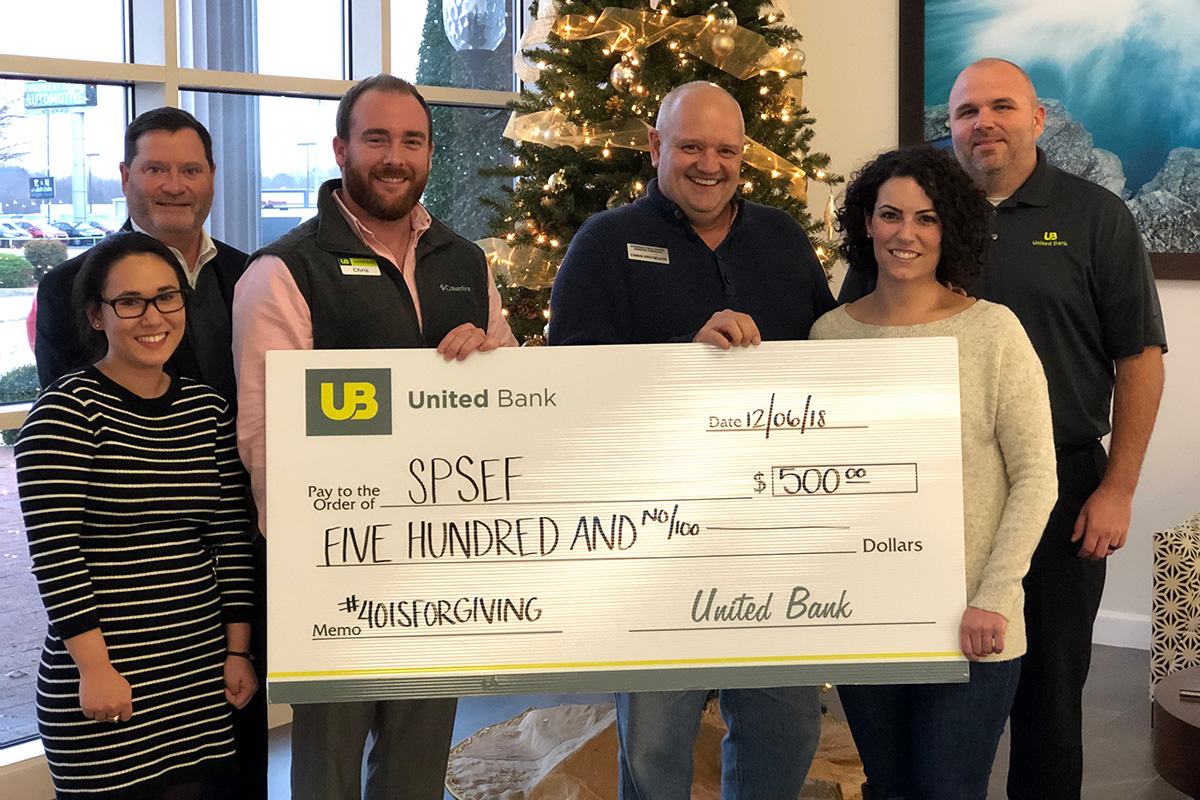 Each participating employee was given $40 in cash and teams were formed to determine how best to distribute the money. Forty dollars may not seem like an outrageous sum of money, but Gairhan said he saw firsthand how a small amount can make a difference.

Gairhan said he was with a team at the Community Samaritan Center in Springdale when the employees began to give money to help shoppers pay for their merchandise. One elderly woman trying to find a book she could afford broke down in tears when the United Bank donation bought her several.

“The idea was to see the impact that a small amount of money can have on somebody in need,” Gairhan said. “It was a good exposure to the community. A lot of folks at the bank are really involved and engaged. It really let all of our team, even the folks behind the scenes that don’t get out in the community, get out and see the impact that $40 can be.”

At the end of the campaign, the bank gave $500 grants to two charities featured in the donations: the Northwest Arkansas Children’s Shelter and the Springdale Public Education Foundation. United Bank also matches funds raised throughout the year by employees who pay $5 for the privilege of wearing jeans to work on designated Jeans Days, and the money is donated to area charities.

The bank also regularly makes contributions to its normal charity of choice: the Single Parent Scholarship Fund of Northwest Arkansas.

“I already knew we had a good, caring group of employees. I have definitely been blessed more than I deserve. I thank the good Lord for that every day. It was very humbling to know you can help somebody. It was very encouraging to our team moving forward, ‘Let’s continue to do this.’”