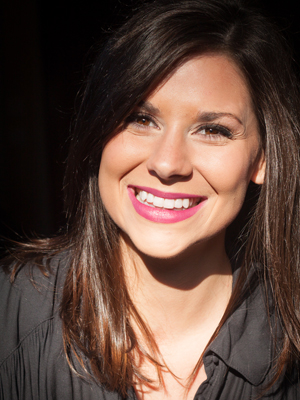 Her dad, Randy Philhours, is a circuit judge in Paragould, and her mother, Melodie, is a marketing professor at Arkansas State University in Jonesboro. Blakeman, who graduated from the University of Central Arkansas, worked on her father’s judicial campaigns.

“The two of them together made this PR world,” Blakeman said.

Immediately after Blakeman graduated from UCA with a degree in public relations in 2010, she got a job at Wal-Mart Stores Inc. as the administrative assistant to David Tovar, who was vice president of communications until his resignation in September 2014. Blakeman’s work ethic and talents soon had team members entrusting her with non-administrative work on public relations projects.

Blakeman has advanced up the rungs and now is a key player in the company’s external public relations and is often the face and voice of Wal-Mart’s public statements.

“I love what I get to do,” Blakeman said. “My mom will see something in the paper about Wal-Mart and say, ‘Did you know about this?’ And I’ll say, ‘Yes, Mom. I was the spokesperson in the article.’

“My parents thought I made it big when I made the Paragould Daily Press. That was my first on-record quotes as the company spokesperson. They have it on their refrigerator.”