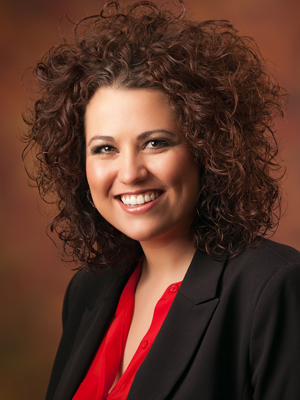 Molly Carpenter represents the fourth generation of her family to work at FNBC, but joining the family business was something she assumed she couldn’t do.

“Honestly, there are policies in place,” she said. “I didn’t know I’d ever be able to work at the bank while my father was employed there.”

Martin Carpenter is the CEO, as his father and great-uncle were before him.

So Molly Carpenter earned a journalism degree at Arkansas State University, interned at the Stone Ward ad agency in Little Rock and spent two and a half years in various roles at Ozarka College in Melbourne and at its campus in Ash Flat.

Over at FNBC, formerly First National Banking Co., the marketing and PR position was open. The board of directors made an exception to its nepotism policy so that she could step in.

She arrived in February 2014, just after the bank had switched to a state charter, which required a name change. It has been Carpenter’s job to market the revamped brand, which she called “the most amazing experience for me and the bank.”

Carpenter is the immediate past president of the Quad Cities Rotary Club, heads the Sharp County chapter of the Arkansas Community Foundation and is enrolled in the Graduate School of Banking at Colorado.