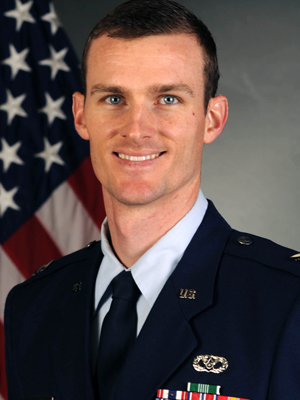 Capt. Brad Chinery didn’t go out of the family to get his love for his professional vocation, thanks to his civil engineering father.

“I grew up talking nerdy engineering stuff with my dad,” he said. “I always enjoyed that.”

Today, Chinery is officer in charge of operations engineering, overseeing a staff of 26 at the Little Rock Air Force Base in Jacksonville.

Since arriving in 2014, he has helped coordinate emergency assistance to tornado-ravaged Vilonia and Mayflower and introduced innovative programs to save thousands of dollars and several hundred man-hours annually at the base.

Chinery grew up in Kansas City, Kansas, and graduated in 2009 from the U.S. Air Force Academy in Colorado Springs, Colorado, with a bachelor’s degree in civil engineering.

In 2014, he graduated with a master’s degree in engineering management from the Air Force Institute of Technology at Wright-Patterson Air Force Base in Dayton, Ohio.

Chinery was recently elected vice president of programs for the Arkansas chapter of the Society of American Military Engineers. He led a successful outreach effort to support National Preparedness Month through articles, social media, local school briefings and community events.