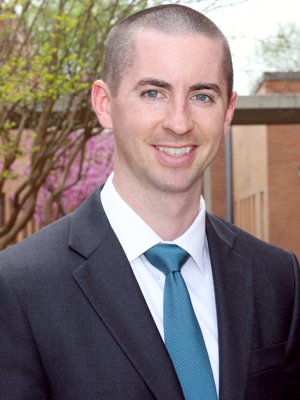 Kevin Cullinan might have been an investment banker if not for the Great Recession.

After graduating from the State University of New York at Albany with a degree in finance in 2009, the Oswego, New York, native failed to land a job in finance. He eventually decided to return to school to study the business of health care.

Cullinan earned a master’s in health administration from Cornell University in Ithaca, New York, and joined CHI St. Vincent in Little Rock as an administrative fellow in 2012. CHI St. Vincent then hired Cullinan as the manager of business development, and he quickly was promoted. In February, he was named the executive director of orthopedics. Cullinan is responsible for the administrative oversight of the spine and orthopedics service lines. In 2014, approximately 5,500 patients had inpatient orthopedic and spine procedures in CHI St. Vincent hospitals in Arkansas.

Away from the hospital, Cullinan is a volunteer youth coach for Arkansas United Soccer Club. “The motivation for me is trying to improve anything that I’m a part of,” he said.