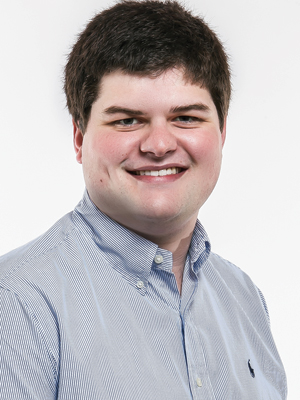 Ryan Herget started Chef Shuttle, a restaurant food delivery service, in February 2014, and the company already has 29 employees, operates in 30 cities in three metro areas (central Arkansas, northwest Arkansas and Memphis) and has partnered with more than 300 restaurants. Orders are approaching 1,000 a day.

And Chef Shuttle isn’t even his first company. That would be Quench, which offered drink and food specials in college towns to students with membership cards, a business Herget started while attending the University of Mississippi.

At Chef Shuttle, he’s proudest of the employees his enterprise has attracted. “We’ve hired just some outstanding people that have really pushed this company to limits that I never thought it would go,” he said.

“I want Chef Shuttle to be a national name in three to four years,” Herget said, adding that the company was about to sign up its first four franchises.

His company supports a number of charities, including Race for the Cure, but on a personal level, Herget, who was a volunteer firefighter in college, is looking to find a fire department in Pulaski County that could use his skills.

His grandfather, Carl Flemister, taught Herget two lessons he still relies on. “The first is PMA, or positive mental attitude,” Herget said. “And the second is, ‘Whatever the mind can conceive, the body can achieve.’”