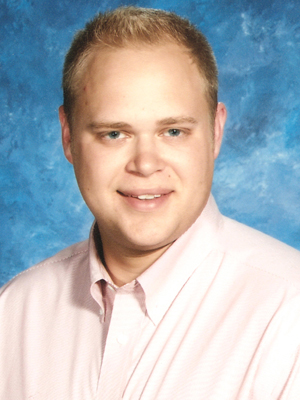 The spectacular blaze that destroyed Hot Springs’ landmark Majestic Hotel lit a fire under civic boosters, and Cole McCaskill has been a beneficiary.

“The Majestic was sort of a tragedy and a blessing,” said McCaskill, who was director of customer service for the Hot Springs Chamber of Commerce when the hotel burned in February 2014.

A 2013 graduate of Henderson State University, McCaskill had also interned at the chamber before joining the staff full time.

“After the Majestic fire, all the city and county leaders got together and decided, gosh, we need to make a plan for moving forward,” he remembered.

Hot Springs Metro Partnership, a separate nonprofit that works closely with the chamber, provided funding for a position dedicated to facilitating investment in downtown Hot Springs. McCaskill was hired in August 2014.

“We’ve seen 16 real estate transactions on significant pieces of property in downtown since the Majestic fire,” he said. In a recent week, he worked with seven different prospects.

McCaskill’s greatest mentor has been Jim Fram, president of both the chamber and the Metro Partnership. “He really showed me the ropes and got me into the right economic development courses and associations. I think he’s a huge asset to our community.”