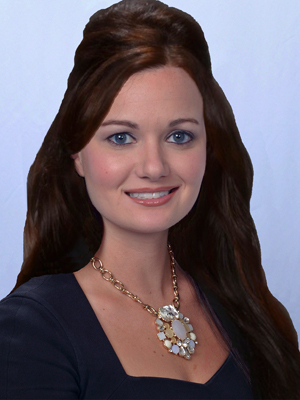 Jenna Recker volunteers in the infant and toddler unit at Arkansas Children’s Hospital, is on the Natural Wonders Partnership Council and is director of governmental relations and public affairs for Delta Dental.

Originally from Nebraska, she moved to Arkansas in 2013 and soon became finance director for Gov. Asa Hutchinson’s election campaign. She also was on Hutchinson’s transition team and worked in the governor’s office during the legislative session this year as deputy director of appointments for board and commissions.

A graduate of Nebraska Wesleyan University with a degree in digital media, Recker said she originally wanted to go into marketing and become a chief marketing officer, but she has grown to love government relations and public affairs.

She said she eventually would like to return to graduate school to work on an MBA “and become a vice president and eventually a CEO of a company.”

In Nebraska, Recker was finance director of the state Republican Party and a field director in Gov. Dave Heineman’s administration.