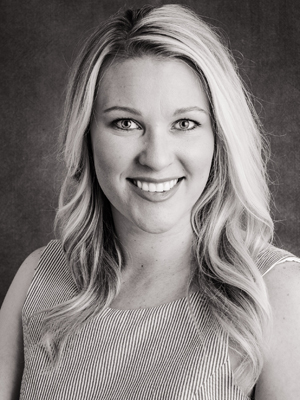 Stokes, pregnant with her son Lofton James, was ordered to bed for 10 weeks by her doctor. She was bored out of her mind — “It might sound like fun to be in bed for two days,” Stokes said — so she started drawing dresses.

After Lofton’s birth in March 2013, Stokes was unsure whether she wanted to immediately return to work as a nurse. Her husband, Lance, told her she should think about going into the clothing design business. “He said, ‘If this is what you want to do, do it,’” Stokes said.

The only problem was, the couple had no money. She joked that she scraped up loose change from the couches to order a shipment of plain T-shirts upon which she put her designs. “We literally had no money,” Stokes said.

When those T-shirts sold quickly, she ordered and sold another batch of shirts and business has snowballed, she said. Lauren James Co. now has a full line of clothing and 35 employees, Stokes said.

“In my mind, I was never scared it would not be successful,” she said. “I was go, go, go. It was always going to work.”

Even with her success, Stokes said, she tries to remain grounded. She and her husband, now the parents of two children, live in the same 1,000-SF home they had before, and she just now got a hot pink company car to advertise her brand. “We still brag about how I’m so cheap,” Stokes said. “We don’t take anything for granted.”