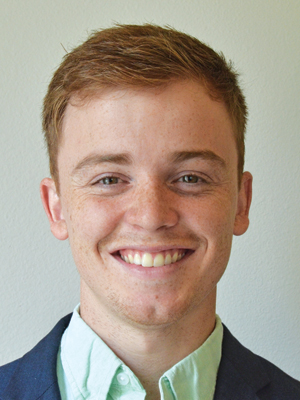 Kyle Tabor fell in love with “coffee culture” while on a backpacking trip through Italy during his junior year at the University of Central Arkansas.

“I fell in love with how coffee was such a valuable thing in a community, how several times throughout the day, people gathered around coffee and ideas came about, fellowship happened, organizations became stronger and friendships became better,” he said.

Tabor spent his senior year putting together a business plan, not knowing — and it’s just as well — that few people thought he could achieve his dream of opening a coffee shop in Conway.

After his first landlord got cold feet and threw him out of his first space, Tabor said, he spent the day trekking from one potential location to another till he found a likely spot just as the sun began to set.

He opened Blue Sail on May 17, 2014, with just enough cash to last him one month. For the first five weeks, Tabor worked 120 hours a week as a one-man operation.

Tabor now has 10 employees, has opened Blue Sail Coffee Roasting and is planning to open a second coffee shop next year in the Donaghey Hall project at UCA.