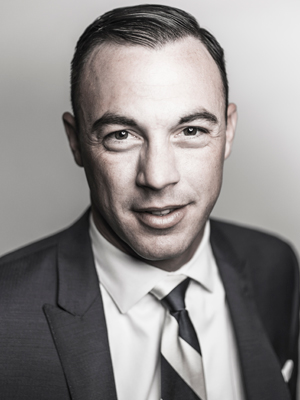 That contrast between the Ivy League and the nation’s capital and a small bar next to the I-30 Speedway, as well as the time he had with his father before he died, had a profound impact, said Bradley, who is now director of public policy at the Arkansas Farm Bureau.

“I think probably just watching him deal with people of all walks of life and the caring capacity he showed for folks, blue-collar and the white-collar folks of the world, has always stuck with me,” he said.

Bradley said his parents — the late Larry Bradley and Laverne Bradley, who lives in Benton — “spent their entire lives” making sure that he and his sister had every opportunity. They helped finance his college expenses by cashing out their retirement savings. “It’s hard to list someone I hold in higher regard than my mom and dad,” he said.

After his father died, Bradley worked as director of public affairs in the state attorney general’s office and for Wal-Mart in governmental affairs before joining the Arkansas Farm Bureau.

“The day-to-day advocacy on behalf of Arkansas agriculture and the farmers and ranchers of this state … would be what I would say is what drives me,” he said.