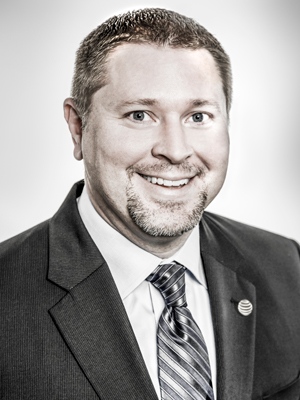 AT&T Director of Sales Scott Carver believes in developing future leaders and that supporting them fuels his success.

“My professional philosophy is built around the idea of developing a culture where people want to come to work each day and deliver an extraordinary customer experience,” Carver said.

He said his father and grandfather taught him the value of hard work, to never quit, treat everyone the same and not ask someone to do something you’re not willing to do.

Carver leads 600 employees in 26 stores. He implemented the state’s first “store of the future” retail design and opened three others. His team won the AT&T Summit Award given to the top 1 percent in the nation for customer satisfaction and sales performance.

Carver is a 10-time winner of the AT&T Pinnacle Award for sales performance in the Arkansas/Oklahoma market, ranked third among sales directors in the central region last year and was top in the region for the fourth quarter.

He said he loves working with Junior Achievement of Arkansas kids. He is on the University of Arkansas at Little Rock Sales Program Advisory Board, volunteers at the Arkansas Dream Center and has coordinated AT&T’s disaster recovery efforts.