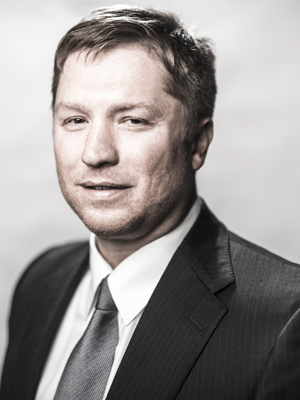 While growing up in El Dorado, Cody Crawford became interested in the construction business as a teenager doing summer work for Systems Contracting Inc.

That drew him to the University of Arkansas at Little Rock, where he graduated with a bachelor’s degree in construction management in 2001.

Stints with Systems Contracting and the Little Rock general contracting firm of Dave Grundfest Co. of Little Rock preceded his move to northwest Arkansas in 2004.

Crawford opened the Rogers office for Little Rock’s Bell-Corley Construc-tion Co. that year and in 2006 made the leap with Jason Keathley to form

“We never dreamed it would blossom as quickly as it did,” Crawford said.

The firm ranked No. 5 among Arkansas commercial contractors with revenue of $65 million in 2014. Last year, revenue hit $125 million.

Retail construction for clients such as Wal-Mart, Academy Sports and Harps Food Stores accounts for about a third of the company’s jobs, with the balance scattered across office, medical, education, financial and restaurants.

C.R. Crawford Construction was honored earlier this year as the Arkansas Business of the Year for companies with 26-75 employees.