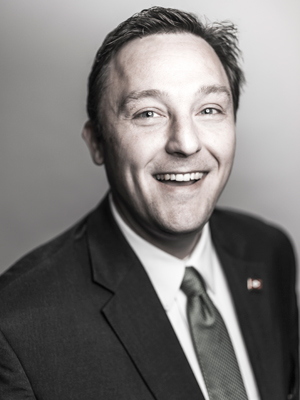 Jeremy Gillam lives in Judsonia, owns a fruit farm with his brother and is serving his third term in the Arkansas House of Representatives, where members recently elected him to serve a second term as speaker. “Being able to be elected speaker one time, let alone a second, is pretty humbling,” he said.

Gillam has degrees in psychology and criminology from Arkansas State University and was a runner-up for the American Farm Bureau’s Young Farmers & Ranchers Achievement Award. He is a recipient of the Stanley E. Reed Leadership Award from the Arkansas Farm Bureau, which he described “as pretty much the highlight for me as far as the agriculture part of my professional career.”

Reed “was a great mentor to me,” said Gillam, who serves on the board of the State Legislative Leaders Foundation and has served on the USDA fruit and vegetable advisory board and the White County Farm Bureau board.

Another major influence, he said, is former state legislator Shane Broadway. “He is like a big brother to me.” The two have known each other since college.

A line by Roman Gen. Maximus in the movie “Gladiator” weighs heavily on him. “He said, ‘What we do in life echoes in eternity,’” Gillam said. “I think if we remember that, it will help us be a better person.” Another quote, from Louis Pasteur, “Chance favors the prepared mind,” also has affected his life and work as House speaker, Gillam said.