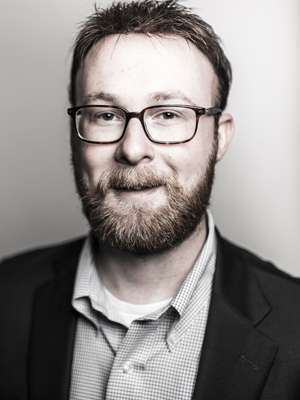 Since he was 15, Ben Hollowell, president, CFO and lead counsel of Applied Technology Group Inc. of North Little Rock, has worked with people he could respect and learn from.

“That’s not only the people that are ahead of me or above me in the work chart, but also the people below. I’ve been very privileged and fortunate to work with very bright and talented people. … I try to just be a leader for them as much as they are leaders for me.”

Hollowell counts returning to school for a law degree from the University of Arkansas at Little Rock’s Bowen School of Law and being a part of a “good, strong business in Arkansas” among his achievements.

He has been the software sales firm’s CFO since 2008 and in 2014 was named president of the firm, a two-time finalist for Arkansas Business of the Year. Hollowell previously worked as a controller, keeping track of operations from a financial/accounting perspective, at the Pirelli tire factory in Little Rock.

Hollowell has a master’s degree in accounting from Hendrix College and was admitted to the bar in April 2015.

He serves on the Little Rock Zoo board of governors and as a pro bono attorney for the Center for Arkansas Legal Services, helping low-income seniors.