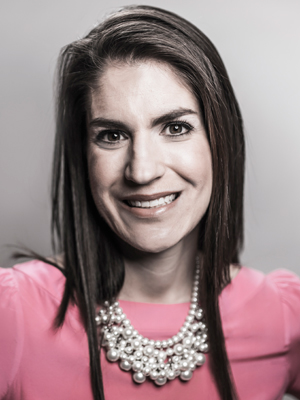 Prentice McIntosh was not thinking of a career in the insurance industry when she was studying business with an emphasis in marketing at the University of Arkansas, but that’s not unusual.

“Very few people actually set out to do this,” she said.

The 35-year-old vice president at Stephens Insurance began her career in an executive development program for Dillard’s Inc., but after a couple of years she was ready to move on and landed in the insurance industry.

Looking back, she said, she would not have changed to a more insurance-specific degree in light of her career path.

“On-the-job experience, getting in it and working in it every day, is what has given me my knowledge,” McIntosh said.

She specializes in electric and gas utilities and said that it is fairly unusual for women to be in that sector.

“To be a successful woman in the insurance industry is quite an accomplishment and to be considered an equal to my male counterparts,” McIntosh said. “It’s a male-dominated environment.”

Outside of the office, she is involved with the Junior League and currently works for the University of Arkansas for Medical Sciences Consortium Board.

Her goal is to always “work hard and play hard.”