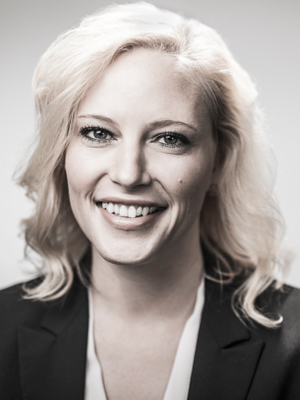 Sometimes an anomaly is just what is needed.

Shannon Newton knew she didn’t fit the stereotype of a trucking executive when she was named president of the Arkansas Trucking Association in June 2014. She was young, female and had a background in accounting, but after 11 years with the organization, including six as vice president, she was the ATA’s choice to replace Lane Kidd.

Things have worked out fine; in her two years on the job, the ATA has seen membership increase 12 percent and income increase 23 percent. She has helped the trucking industry get some important legislation passed, and she served on Gov. Asa Hutchinson’s Working Group on Highway Funding.

“I’m pretty unorthodox; I don’t look like what you would perceive someone in trucking would look like,” Newton said. “I have exceptionally high expectations for myself. At the same time, when you’re given an opportunity like this and you’re coming from the outside and you’re young and you’re a woman, you feel like people are watching you, ‘Can she really do it?’”

Newton said she is proud of her record with the ATA and feels like she has proved herself within the Arkansas trucking community.

“The first 18 months I felt like I had something to prove,” Newton said. “I definitely don’t feel that pressure, but I still have that ridiculously high bar that I want to be excellent.”