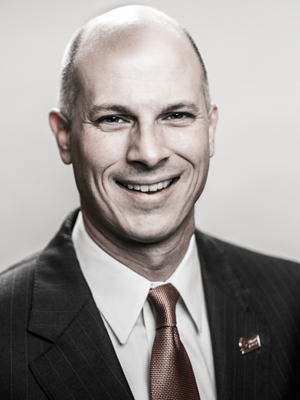 University of Arkansas at Little Rock

One Halloween Christian O’Neal, then with an office supply company, dressed as Herb Tarlek of TV’s “WKRP in Cincinnati” and made a sales call. “I had the plaid sport coat, stretch brown pants and patent leather shoes,” O’Neal said.

While he was out, he decided to swing by UALR to pay his alumni dues.

“Six to 12 weeks later, there was a job opening in the corporate foundation relations office, and I’ve been there since 2003,” said O’Neal, who was Student Government Association president and earned a business administration degree in 2001.

Now vice chancellor of university advancement, O’Neal has held a variety of positions at the university, and under his watch alumni membership has risen from 800 to more than 3,000. The endowment jumped from $80,000 to about $1.8 million.

O’Neal, who credits his father, Ken, with his commitment to public service, is a member of the Rotary Club of Little Rock and was recently named Rotarian of the Year and a Paul Harris Fellow.

“It thrills me to be able to watch [students] walk across the stage when they are done and to know that I had a hand, maybe, in helping offset the cost of their tuition.”