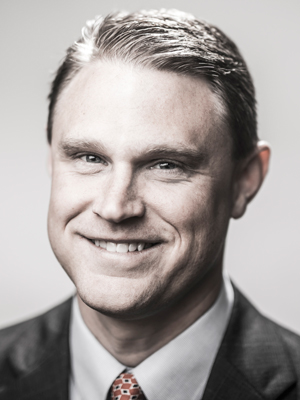 Nick Roach traces the launch of his banking career to 1998. That’s when he left his job at a grocery store to begin working as a teenaged teller with Regions Bank in Benton.

During his seven-year stint with Regions, Roach worked in Russellville while going to college at Arkansas Tech University and afterward as a management trainee in Little Rock.

He graduated from Arkansas Tech with a bachelor’s degree in economics and finance in 2004.

After Regions, Roach moved to First Security Bank for a year as a loan officer before signing up with Central Bank in Little Rock as a vice president and loan officer.

After four years with Central, he joined Stone Bank of Mountain View (then called Ozark Heritage Bank) as senior vice president and chief lending officer in 2010. Roach was promoted to president in 2015 and elected to the board of directors in 2016.

His civic and volunteerism work dots the communities of his career. Among his most memorable is helping raise $14.5 million to build a new Arkansas Foodbank facility in Little Rock during his time as a board member with the nonprofit.