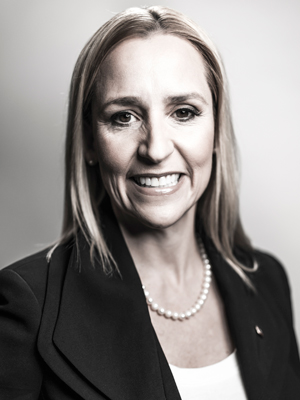 Keith and Nancy Rutledge taught their daughter to work hard and do what is right. “My parents instilled in me … the importance of doing the right thing and having an impeccable work ethic,” said Leslie Rutledge, who in 2015 became Arkansas’ first female attorney general.

The Batesville native turned 40 eight days after the June 1 cutoff for 40 Under 40 recognition. She received her undergraduate degree from the University of Arkansas and her law degree from the Bowen School of Law in Little Rock.

She has clerked for a state Court of Appeals judge, was deputy counsel for Gov. Mike Huckabee and later served as legal counsel on Huckabee’s 2008 presidential campaign. She also was a deputy prosecutor in Lonoke County and an attorney for the state’s Division of Children & Family Services. Rutledge spent time in Washington as deputy counsel for the National Republican Congressional Committee and counsel for the Republican National Committee. She also practiced law in Arkansas.

“I have found that community service is extraordinarily rewarding, and everyone should participate if they have the time and energy,” said Rutledge, who is involved in the Little Rock Junior League and is co-founder of Women in Networking.

“I interview every single person who [is hired] in my office, and I remind them of how blessed we are to be working on behalf of the people of Arkansas.”